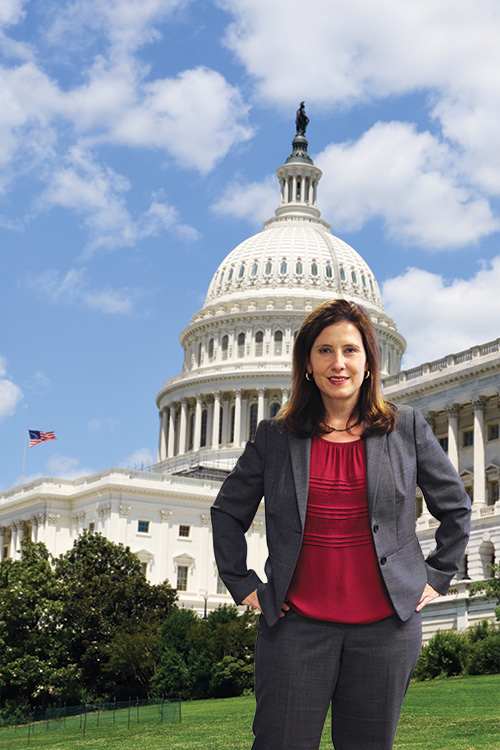 Angie Drobnic Holan wants to set the record straight … on everything. As the Washington-based editor of PolitiFact, a project of the Tampa Bay Times newspaper in Florida, Holan and her team of reporters take a close look at claims and statements by President Obama, members of Congress, governors, mayors, lobbyists, and media pundits to evaluate their accuracy. To uncover the facts, they consult original sources, government documents, and impartial experts whenever possible. Each statement is then rated using a sliding scale on PolitiFact’s truth-o-meter, from “true” to “pants on fire,” accompanied by an extensive analysis and a bibliography. It’s a job that comes naturally to Holan, who has both a master’s degree in journalism from Columbia University and an MLS from the University of South Florida (USF).

USF School of Information Professor Kathleen de la Peña ­McCook said of her former student, “Angie demonstrated a fierce honesty and a passion to speak truth to power.” Holan and the PolitiFactcheckers won a Pulitzer Prize for their coverage of the 2008 presidential election, and they continue to draw the line between fact and fiction on a daily basis. Check the facts for yourself at politifact.com.