Several nonprofits in San Joaquin County, California, are sounding the alarm as the county board of supervisors considers the privatization of the management of Stockton–San Joaquin County Public Library (SSJCPL).

“People have a right to be informed about this quiet move toward privatizing the library,” asserted Severn Williams, spokesperson for the SSJCPL Friends as well as the Concerned Citizens Coalition of Stockton. Williams emailed American Libraries July 8 that the board of supervisors “has so far refused to share this information, noting that it is in closed-door negotiations with the applicant.”

However, the April 13 Stockton Record had noted in an article titled “Officials Consider Privatizing Libraries to Cut Costs” that San Joaquin County supervisors had considered in 2009 adding a provision to its library operating contract with the city of Stockton requiring county input before the implementation of service cutbacks. “The bottom line is keeping the system open as much as possible,” County Supervisor Leroy Ornellas told the Record.

“My concern is that the employees of a contracted for-profit company would have a commitment only to the company,” Sylvia Kothe, head of Concerned Citizens, told AL. “The institutional and local historical memory provided by our dedicated librarians may be lost if the library is privatized.”

A $23-million municipal deficit translated into Stockton library officials having to shutter the 97-year-old Fair Oaks branch as of July 1. “The severe reduction in the library’s operating budget has left us no other choice,” City Librarian Chris Freeman stated June 11, noting that “the silver lining” was that community reaction caused administrators to scale back plans to close a second branch. Ironically, even as Stockton library leaders were forced to scale back hours at its remaining four branches and lay off workers, the other eight libraries in the SSJCPL system expanded their schedules.

In mounting an argument against privatizing the 12-branch system, the citizen groups have retained the services of San Francisco law firm Shute, Mihaly, and Weinberger, which advised the county supervisors July 7 to “seriously consider both the legal ramifications and the impacts to the citizenry that would result from the dramatic step of privatizing the library system.” The letter goes on to warn of such potential consequences as the dissolution of the city-county system and the impact on state aid to a library system no longer “operated as a single entity by one or more public jurisdictions.”

Michael Gorman, university librarian emeritus of nearby California State University in Fresno, also weighed in, reminding supervisors July 7 that a for-profit firm “cannot both make profits for its shareholders and supply full library service,” noting the “antithetical” world views between public agencies whose “bottom line is the betterment of communities” and private firms whose main concern is “profit and loss.”

Freeman and former SSJCPL Director Colleen Foster are addressing the public through the media about the issues involved. Foster was interviewed (mp3 file, 10:39) that appeared in the July 8 Central Valley Business Times and Freeman appeared in a July 12 news segment on KCRA-TV Sacramento (1:44).

Books and Literacy in the Digital Age

Can we grow technophiles who are also bibliophiles? 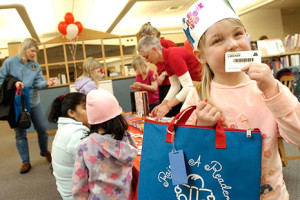