How to Be Prepared in Case Violence Strikes

The library workplace is no more immune to violent incidents than any other venue, sad to say, and just as vulnerable to physical attacks by troubled colleagues as from visitors. Consider these headline-grabbing situations, all taking place in libraries within a three-week period this fall:

“Seek precautionary advice from your local police,” advises Richard Paustenbaugh, chair of the Library Safety/Security Discussion Group of the ALA Library Leadership and Management Association’s Building and Equipment Section. “It might be campus police, it might be your city police. Invite them in, give them a chance to see the lay of the land, and solicit their advice about what they’d want you to do in an emergency,” Paustenbaugh recommends. “Explain to them what you’re interested in—for example, ‘I want to know what you want us to do if we have someone come in with a weapon’ and go over that.”

Noting that it’s “ingrained in us to stop, drop, and roll” if we’re caught in a fire, Paustenbaugh asserted, “People rarely do any planning for encountering an individual in a violent setting in your building.” What is an obvious red flag in hindsight, such as the UT freshman clearly carrying a weapon around campus, can be interpreted by trained individuals as ambiguous. “You’re on a college campus; there’s a lot of weird stuff that students do. So is this someone dressed up, playing a game? It certainly appears the gunman went in completely unobstructed and nobody’s jumping out of the way in fright. It’s just kind of odd, but again, how would you act?”

“It is foreseeable. And it’s completely preventable,” said Paul Viollis, CEO of Risk Control Strategies in New York City in the October 17, 2009, San Antonio Express-News of Devin Zimmerman’s murder by his colleague Alan Godin. Agreeing, San Antonio–area attorney Manuel Pelaez explained that trained supervisors can detect a “continuum of violence” that can start with the red flag of a raised voice and progress to a slammed door and perhaps down the line, a direct threat. “No one ever just snaps,” he asserted, adding that troubled individuals “are looking to be stopped. They want the situation to change.”

What about safeguarding the library from violence-prone visitors who aren’t employed there? Paustenbaugh advises having regular conversations with staff members about the library’s crisis-intervention plan. “Just as we prepare for the eventuality of a fire alarm or other things, we need to do the same thing with regard to these kinds of incidents. You have written policies, but they’re stuck in a manual. You need to review what you want your staff to do on these occasions. Where do we go? What do we do with our patrons?

“You know it’s unlikely, but when that day comes, you need to be ready,” Paustenbaugh emphasized. “There needs to be an annual review, even for 10 minutes. It’s so helpful.” 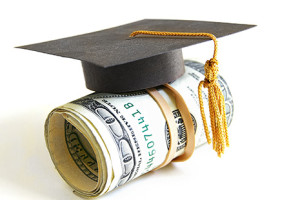 My Own Private Bookmobile

How I went mobile without going wireless