A Hazy Shade of (Mid)winter

A whirlwind of meetings, ideas, and conversations—FTW!

You know that feeling you get when you come home from a conference, and it’s all kind of a blur? That’s been my post-Midwinter experience. Of course, it came right after being housebound for several days during a rare Seattle snowstorm, so I was happy just to be somewhere sunny and warm, no matter how bewildering that was.

Not to mention this was my first post-COA conference. I just finished four fascinating years as a member of the Committee on Accreditation, which was hard work, very fulfilling, and extremely informative. They’re always looking for good people to serve on review panels, which is less work but important, so anyone interested in contributing to future education for the profession should apply.

As if the trip itself wasn’t disorienting enough, it came on the heels of the Wikipedia-goes-dark SOPA protest, which seems to have actually made a difference. Lo and behold, on the bus I ran into Phoebe Ayers from the University of California at Davis, a former student and Wikimedia board member, who told me the decision to go dark wasn’t without controversy (as if anything is) but that it seemed an important and necessary step. It’s also a toe in the water in advocacy and in leadership of the noncommercial segment of the internet and, as such, worth watching further.

A quick aside: Of course, there was the predictably snarky aftermarket to the protest, including the inevitable #DayWithoutWikipedia Twitter hashtag meme. My personal favorite? #DayWithoutWikipedia “= Day without copy and paste.” Just how many students found themselves floundering that day—and how many libraries took advantage?

I was so befuddled I actually wound up in a session on cataloging. (I know, shocking.) The discussion of next-generation catalogs was brisk and informative. There’s a lot going on in that world: FRBR and RDA and MARC and SQL and resolving between all those; open-source options (including the great XC project out of the University of Rochester); and emerging ideas from commercial vendors. Takeaways: The ProQuest rep said that lately most libraries are devoting 60% or more of their materials budget to digital formats. OCLC estimates there are 1.2 million libraries in the world; getting attention paid to “libraries” is tricky because unlike Amazon or Facebook, they’re not in one single location; they’re distributed—everywhere. And John Larson of ExLibris talked about the tradeoff between extensibility and semantic richness in any catalog. Hmmm.

There was also the “Trends in Higher Ed” session moderated by the estimable Lynn Connaway: research data curation, long-term preservation of digital materials, the user expectation of seamless access, and the growing importance of the mobile learning environment, among other things.

And how could I resist “UX + VR = FTW”? Courtney Greene from Indiana University led a fascinating hour-plus, late-afternoon session (how often do you hear that?) on how to think about reference from a user’s perspective—for the win! I was equally impressed at the questions and discussions that followed, about a wide range of not only technologies but ideas for improving service. A quick one: How about every time your link resolver fails to find an article, or a catalog search yields zero results, you put up a chat or IM widget for your reference service? Brilliant!

See what I mean? I was so taken with the level of sophistication, depth, passion, creativity, community, collaboration, and downright chutzpah on display throughout, particularly in such a time of profound change and, often, retrenchment. It made me even prouder to be a librarian. Oh, and the steak was incredible, too . . . but that’s another story.

JOE JANES is associate professor at the Information School of the University of Washington in Seattle. 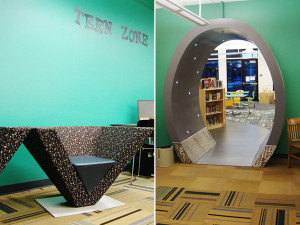 Women in the White City