As director of Hooper (Nebr.) Public Library, Karla Shafer worked to transform the institution into a vital place in the community for six and a half years. Those efforts ended abruptly in 2010, however, when controversy erupted over Shafer’s teaching of English classes to immigrants in a nearby town on her days off. She resigned her position as the work environment became intolerable.

Three months later, the city won an appeal that canceled her state unemployment benefits. “I had to repay money that my family badly needed for basic necessities,” Shafer said. With money running out and bills for medicine, housing, and lawyers mounting, Shafer turned to ALA’s Merritt Humanitarian Fund for help. In 2009, Shafer applied for the ALA/Dollar General “The American Dream Starts @ your library” grant program. “It was a great fit for our community, especially for the few Spanish-speaking individuals who wanted to learn English,” Shafer said. Hooper is a small community with fewer than 1,000 residents, including a small number of Spanish-speaking immigrants.

The library won a $5,000 grant, making it the smallest library in the country to do so. It won a second grant through the program in 2010. Both grants were distributed to and spent by the library’s Friends group.

Shafer did have some concerns about anti-immigrant sentiment in the community. (A nearby town, Fremont, earned national notoriety in 2010 by passing an ordinance banning the rental of housing to anyone who could not document their legal status.) “I thought if I could become a strong advocate and friend to even only a few, there would be an improvement,” she noted.

Start of the storm

The classes had an impact. Shafer recalled one 5-year-old who thanked her for “teaching her mom to ‘know’ English, because she wanted to do like her mama and then become a doctor when she ‘got big.’ ” But when Shafer began teaching classes in nearby Nickerson, on her own time and using her own vehicle, the city council stepped in. According to Shafer, Hooper City Council President Gene Meyer told her not to teach in Nickerson because it would appear that the classes were approved by Hooper. (Meyer disputes this in the October 24, 2010, Omaha World-Herald, saying, “I just said itwas pretty unusual that we paid thelibrarian to go to Nickerson.”)

Shafer asserted that her personal time was her own and that her off-duty activities were not subject to the council’s will. In response, she said, “I was told my work hours would be reduced and I could only be in the library for certain hours—or that the library might be closed and service offered to the community through a school library—and that I could not teach English or Spanish even on my own time with my own money.”

Even worse, she adds, were insinuations that she had kept some of the grant money for herself. “Of course, all the grant records were complete and honest, but it broke my heart that I would even be suspected,” Shafer explained. “I knew I would no longer be able to do all I had done in the past, and all I had planned for the future, with any doubt of my honesty and integrity. I knew I had to resign, and so, I gave two weeks’ notice.”

Before she had finished removing her belongings from the library, the city clerk and a police officer met her there. “I was interrogated tersely until I was in tears and told to take whatever I could quickly and that I would not be allowed to return to the library.” Shafer was granted state unemployment benefits, but the city appealed and had them rescinded three months later. Two months after that, the city clerk told her to produce her personal income records. The city also refused to allow her into the library and scolded her for costing the city money for an attorney.

The experience took a serious toll on Shafer’s health as well as her finances. She was hospitalized for a time and suffered post-traumatic stress disorder and panic attacks for almost a year afterward. Her doctor urged her to move out of Hooper to begin healing.

Through the grant process for “The American Dream Starts @ your library,” Shafer met ALA Literacy Officer Dale Lipschultz. After Shafer left the library, Lipschultz gave her contact information for the Merritt Fund and became one of her references.

The fund gave her $5,000 at a time when the house payment was overdue, the lawyer was asking for payment, and the electricity was about to be shut off.

“What I perceived as harassment and punishment would have truly destroyed me had it not been for the Merritt Fund,” Shafer said. “It is still hard to describe the emotional suffering of those months.”

But there is at least a new beginning. Shafer moved to Omaha in March 2011, and her health is improving. She began a new part-time position at suburban LaVista Public Library in December.

That new beginning was made much more possible by the support of the Merritt Fund. Said Shafer: “It is very evident there comes a time for many of us when we need others—even strangers—to say, ‘Here, I’ll help you. That could have been me!’”

JOHN W. BERRY, a Merritt Fund trustee, interviewed Karla Shafer for this story. To learn more about the fund, donate, or apply for benefits, visit merrittfund.org or call Jonathan Kelley at 800-545-2433 ext. 4226.

The LeRoy C. Merritt Humanitarian Fund was established in 1970 as a special trust in memory of LeRoy C. Merritt, one of the library profession’s staunchest opponents of censorship and one of its most vigorous defenders of intellectual freedom. The fund is devoted to the support, maintenance, medical care, and welfare of librarians who, in the trustees’ opinion, are:

The Merritt Fund Trustees keep all requests in strict confidence, but welcome periodic opportunities to share stories with the full consent of recipients. 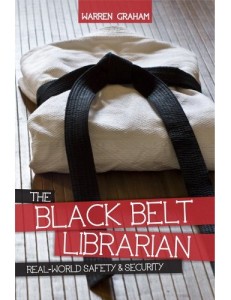