First Winners of Carnegie Medal for Excellence in Fiction, Nonfiction

Interviews with Anne Enright, author of The Forgotten Waltz, and Robert K. Massie, author of Catherine the Great

Anne Enright, author of The Forgotten Waltz, and Robert K. Massie, author of Catherine the Great, were the first winners of the Carnegie Medal for Excellence in Fiction and Carnegie Medal for Excellence in Nonfiction respectively. The winners were announced at ALA’s Annual Conference in Anaheim, California, on June 24. Booklist Editors Donna Seaman and Brad Hooper interviewed the winners. An excerpt of their interviews follows below. (Read the full interview at BooklistOnline.)

BKL: Have libraries been important to you?

Enright: There is a big, beautiful Carnegie Library in Rathmines, beside my primary school, and I went there before I got the bus home. It was the first place I was allowed to go alone, and I found it both safe and profoundly exciting. I ate every book in the children’s section and finally took my courage in my hands to go downstairs for an adult ticket. I come from three generations of busy library users. My granny was handed Joyce’s Ulysses from under the counter in Phibsboro Library in the 1930s (the book was not banned, as some people think; it was up to the librarian to judge if you were a person of sufficient character to read it without becoming corrupted). My mother always had a library book beside her bed, and my sister is a librarian who has worked in Kilkenny, London, and Somaliland. In short, I am a believer, and this award means everything to me. It is a great honor.

BKL: Are you at all concerned with the changes under way, thanks to digital technologies, in writing, publishing, and reading?

Enright: The glee with which the digital providers ignore questions of content and quality, the way they see writers as fodder, is terrifying. Their stated aim is to pay writers as little as possible. They see a future of disposable talent, of business-savvy typists and amateurs, and they are busy bringing that future about. This, combined with the economic downturn, has made it suddenly and catastrophically harder for writers to earn a living by their pen. The universities may offer a refuge for some, but I worry this will cause an increased distance between “high” and “low” fiction in the long term. There are days when I think we are entering the last days of the book, and there are other days when I say, “Who knows?” and “What the hell?,” and I sit down to write up a storm. We might as well go out with a bang as a whimper.

BKL: Finally, what are the three essential items on your writing desk?

Enright: A big sign saying, “Sit here for three years and you will get repetitive strain injury.” I work on a laptop and move around the house. I sometimes change the screen saver when I am working on a new book. For The Forgotten Waltz, it was this beautiful image of frost flowering on a windowpane.

BKL: Let’s start at the end. The last line of the Acknowledgements in Catherine the Great reads: “Finally, I must acknowledge the extraordinary pleasure I have had in the company of the remarkable woman who has been my subject. After eight years of having her as a constant presence in my life, I shall miss her.” My question, then, is: Have you been as possessed by the subject of any of your previous biographies as you obviously were by Catherine?

Robert Massie: Only Nicholas II. I wrote Nicholas and Alexandra because my older son, of six children, was born with hemophilia, which came out of the blue, genetically. I had a background in history, and I knew only a smidgen more than most of us know about Rasputin and the hemophiliac czarevitch, Alexis, and now, because of my son, I was aware of the implications of the health of the heir to the throne on the fall of the Romanov dynasty. So, yes, I was much caught up in that book, in the sense, which you say, of being possessed.

BKL: What should your readers remember about Catherine?

MASSIE: The remarkable achievement of her going from a nobody—I mean, princesses were a dime a dozen in Germany because of all the little principalities—to having an ambition, not only intelligence and strength but ambition, to go to Russia and swallow hard once she had taken the future emperor Peter III’s measure as her intended husband and to live with him many years as his wife, all the while saying to herself, “I’m going to stay. I’m going to outlast all of the criticisms.” And she did. The other thing was her method of governing—she was a strong woman, but she wasn’t ruthless. Here’s an extraordinary woman two centuries ago who was, with Elizabeth I of England, one of the two most remarkable women who ever occupied European thrones. She and Peter the Great are the two great rulers who brought Russia out of its early-medieval past into the modern world of the eighteenth century. Catherine made possible, by bonding and meshing Russian culture with European culture, all of the great cultural achievements of the nineteenth century in Russia: poetry, fiction, music, and even dance. 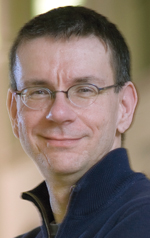 In today’s volatile and unpredictable world of publishing, the way we write and present stories will continue to evolve