An Homage to Film Noir

We all know about life imitating art, but what about novels imitating film noir?

We all know about life imitating art, but what about novels imitating film—film noir in particular? Patrick Conrad’s No Sale (the words written in lipstick on a mirror by Gloria Wandrous, the Elizabeth Taylor character in Butterfield 8) is only the latest in a short list of noir fiction that draws on film noir. I’m not talking here about novels that simply use the themes and techniques of film noir to tell a story, but rather about novels that refer directly to famous films and their actors. It makes a peculiar kind of fictional sense that characters obsessed with film noir would find the worlds of the films they adore superimposed upon their personal lives. Make sure your subscription to Netflix is up to date before sampling any of the titles listed below.

This standalone novel from the author of the Charlie Resnick series begins with the murder of a film historian. Was the killing a crime of passion, or did the scholar’s current project—a biography of fictional 1950s actress Stella Leonard, whose death mirrored the demise of the character she played in a celebrated film noir—somehow move the killer to action? Harvey juxtaposes flashbacks to the actress’s life, with snippets from the script of her classic film, producing that sense of inevitability that is at the heart of all film noir.

Antwerp film professor Victor Cox is losing his grip on reality. His wife was murdered in circumstances that evoke the real-life death of an obscure noir actress, and a series of other murders in the city parallel more moments in film history. Cox is the natural suspect but he appears to have alibis. Or does he? Even the professor begins to believe he may be the killer: After all, it would make a great film noir.

Thomson’s unconventional narrative consists of biographies of 85 characters from crime films such as Chinatown, Laura, and Psycho—all tied together by the gradual self-revelations and reflections of their author, one George Bailey (from It’s a Wonderful Life). He, it develops, married Laura Hunt’s sister and sired, among others, Travis Bickle of Taxi Driver. Thomson has taken the seamy, violent ambience of film noir and fashioned it into an internally consistent American microcosm that should delight movie fans and mystery buffs alike.

Muñoz hits upon a killer premise: the making of Psycho set against the murder of a young Latina singer in Bakersfield. The two stories come together in the beginning, when the actress and the director (Janet Leigh and Alfred Hitchcock aren’t named) visit Bakersfield, scouting locations for the external shots of the Bates Motel. With that thin filament connecting the plots, Muñoz expertly jumps from the making of the Hitchcock film—including, of course, the shower scene—to the sad story of the small-town murder and the lives of the locals who were affected by the crime. 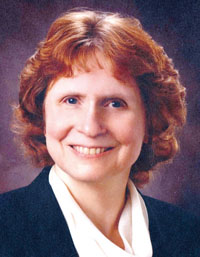 An Interview with Karen Keninger

An indispensable guide to e-content websites and resources for librarians