When you retire, what will you miss most?

You’ve finally arrived: After 40 years of working your library gig, it’s your dreaded retirement party.  After all the “over the hill” jokes and the stories about how you started out with a stamp pad and ended with an iPad have been told, after the last piece of Costco cake has been eaten, and after you’ve received the “thanks for 40 years of dedicated service” plaque, someone blurts out, “Speech!” So with a combination of trepidation and relief that this final workplace ritual is coming to an end, you rise and mumble a few feeble words about having had the “good fortune to work with such a wonderful bunch of library folk who will be greatly missed in retirement.”

Only that’s not what you’re thinking. You’re thinking that you will not miss them at all. None of them. Not the chatterers, whistlers, or whiners. Not the staff-lounge lawyers. Not the grapevine gossipmongers. Not the self-aggrandizing administrators. Not the meddling mid-level micromanagers. Not the spineless front-line supervisors. Not the overly caffeinated, “do-we-have-a smile-on-our-face-today?” children’s librarians. Not the “I am a human search engine” reference librarians. And most emphatically, not the “we are the real librarians” catalogers.

Forty years is a long time to deal with the same people day after day. The conventional wisdom is that career burnout is a function of kowtowing to patrons—clueless, ungrateful, disrespectful patrons. But that’s not completely true. Even the most burned-out library drone can recognize that patrons are a necessary evil even though some may be pains in the posterior. Without them, there are no library jobs. There is a lot of truth to the dreaded four words you often hear from problem patrons: “I’m paying your salary.”

But it’s harder to reconcile yourself to kowtowing to annoying coworkers. They most assuredly do not pay your salary, but you have to pretend to get along with them because you never want to hear those career-killing “You are not a team player”—that brilliant concept invented by administrators to keep you in line.

Annoying coworkers make it hard to be a team player. Think of those colleagues who take the New York Times to the bathroom and, when they’re done, put it back on the newspaper rack. Coworkers who allow a tomato sauce–laden pasta dish to explode in the staff microwave and then walk away from the mess. (And while we’re discussing the microwave, I believe there is a special place in hell for coworkers who nuke an extra large bag of popcorn, fill the library with its fumes, and then take off for a break in the park.) Worse yet are the pigs who turn the staff refrigerator into a hazmat site by leaving their four-week-old lunches in there to spoil and rot.

I could create a classification scheme of annoying coworkers that would make Melvil Dewey proud, but you get my overarching message: Try to be a little more respectful of others.

As for those annoying sexagenarians among you who love to say “60 is the new 35,” please do us all a favor and retire.

WILL MANLEY has furnished provocative commentary on librarianship for more than 30 years and has written nine books on the lighter side of library science. Contact him at wmanley[at]att.net. 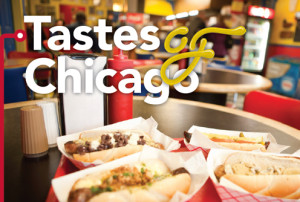 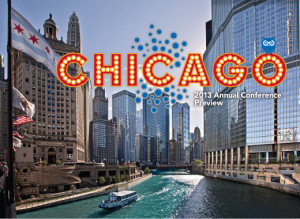