Libraries Without Borders evaluates the role that books, freedom of expression, education, and culture play in humanitarian emergencies

When a disaster occurs, aid workers, organizations, and governments naturally focus on emergency assistance to victims. They set up medical outposts in conflict zones, drop food supplies from helicopters, and hand out shoes and clothing in disaster areas.

The activists behind Libraries Without Borders (Bibliothèques Sans Frontières) understand that priority must be given to food, water, shelter, and medicine. They also recognize that little attention is paid to another basic human necessity: the knowledge resources needed to cope with catastrophe.

Founded in Paris in 2007, Libraries Without Borders (LWB) provides targeted books and periodicals to support library collections; trains local librarians, bookbinders, documentarians, and archivists; provides the support to build or renovate public libraries as well as universities’ or schools’ documentation centers; computerizes libraries; structures library networks on a regional and national scale; and provides opportunities for cultural and technical exchanges between libraries and communities.

“We started with nothing,” says LWB chairman and founder Patrick Weil, “with a room in my apartment for an office. The biggest obstacle we faced was skepticism.”

It has become Weil’s mission to convince the doubters that, after food and shelter, what disaster victims need most is hope. “We want to help people recover as human beings, to mobilize across continents,” adds Weil, whose “nothing” has evolved in just six years into an organization that creates 500,000 new readers each year, with 500 volunteers, 25 employees, and an annual budget of roughly $2.5 million. LWB organized training sessions for nearly 300 librarians in 2010 at locations around the world and created the Savoir Solidaire portal to provide training and networking in French.

“Access to books, culture, and knowledge for victims of natural and man-made disasters is important because these allow individuals to reconnect with the rest of humanity and provide them the strength to look toward the future,” says Weil, a senior research fellow at the National Center for Scientific Research in France.

Based on findings of UNESCO in 2011 that only 2% of all international aid goes toward education, LWB maintains that education must be available in emergency situations because it allows people to recover a sense of normality. “We believe also that such education efforts beyond formal schools, such as mini-libraries in disaster zones and storytime programs for displaced persons, must be made a priority,” Weil adds, “because they cultivate the human spirit and provide distractions to help disaster victims cope with trauma.”

At the request of Haitian institutions, Libraries Without Borders sent an emergency mission to Haiti following the devastating January 2010 earthquake. Weil says he was “struck by some of the reactions we received in the United States and Europe,” such as people asking if giving Haitians the opportunity to read and write was really a priority like food and shelter.

“In our work in Haiti and beyond, we have drawn inspiration from several initiatives in history,” Weil says. He cited examples: After World War I, the American Committee for Devastated France intervened to establish libraries for children as a way of helping them overcome trauma. The International Board on Books for Young People (IBBY) carried out similar initiatives after World War II and after the conflicts in the former Yugoslavia. Inspired by journalist Jella Lepman (1891–1970) and founded in Zurich in 1953, IBBY remains an active organization working to bring books to children all over the world.

LWB takes a cooperative approach to book donation. Partner libraries select titles from a database of books so librarians can choose how to develop their own collections to meet local needs. Weil says, “We rely on the people with whom we work, the people on the ground, local institutions” to be successful. The organization sends 100,000 books abroad each year. He believes books are absolutely essential but also understands the power of technology if used for good.

LWB’s mission is “to expand access to knowledge and information for all,” which in practice comes through different methods in different regions, always by providing what Weil calls “locally relevant and sustainable solutions.”

In Burundi, Rwanda, and the Democratic Republic of the Congo, LWB supports the creation of specialized documentation centers at three universities.

In Romania, it has assisted the French Library in Galati in the redevelopment of its material and electronic collections, financial and human management structures, and educational and cultural activities.

“Since Libraries Without Borders believes that dignity through books, writing, and learning should not be denied to victims of humanitarian disasters, we have placed greater emphasis in our projects on providing relief services,” says Weil. In Haiti, for example, he says LWB organized two programs in displaced-persons camps after the 2010 earthquake—first, with UNICEF to provide “storyboxes” in French and Creole and storytimes for children in the camps, and second, by setting up mini-libraries or reading organizations in 30 displaced-persons camps. In Haiti alone, LWB has built or supported 74 school and university libraries, 28 public libraries, and 31 special libraries such as prison libraries, law libraries, and libraries for women’s rights. Nearly 200 Haitian librarians have received training in library science workshops.

On June 14, 2012, LWB held a conference in Paris on literature and the Arab Spring. Titled “To Read and to Write Is to Be Already Free,” the conference featured a panel discussion with Tunisian lawyer and human rights activist Radhia Nasraoui, Tunisian poet Tahar Bekri, and French writer and historian Lucien X. Polastron.

The panelists discussed the role of literature during political transition, the involvement of writers in revolutions, libraries as levers for the promotion of democracy and human rights, and democratic inclusiveness and censorship. Moderated by Moroccan writer Omar Berrada, the conference drew a crowd of about 200 people to the rooftop gallery of the Arab World Institute.

On the ground in Haiti

In 2011, Libraries Without Borders opened the University Digital Library at the University of Haiti (Université d’État d’Haïti or UEH). The first digital library in Haiti, it now provides 15,000 students, researchers, and professors in Port-au-Prince with access to millions of electronic articles and books. LWB’s efforts in Haiti showed that books, freedom of expression, education, and culture play a vital role in providing relief in humanitarian emergencies. Books and culture help disaster victims cope with catastrophe and prepare for a future in a country where 2,500 schools were destroyed and nine of the university’s 11 academic libraries were seriously damaged.

In April 2012, LWB and the UEH began a project to construct the Ruche Central Library Reserve, the first of its kind in Haiti. To be built on the site of the future campus at Damien, northeast of Port-au-Prince, the structure will eventually accommodate the library’s collections from all 18 departmental divisions. Today, the university libraries have a collection of 75,000 books, but according to Weil, only 10,000 of these books are up-to-date, usable, and appropriate for university-level studies. The university aims to increase the number of new books to 300,000 in three years. The initiative is in the development phase, and LWB is trying to identify partners and donors for the project, whose total cost is estimated at 5 million euros ($6 million US).

In cooperation with the European Union, the Digicel Foundation in Haiti, the French-Caribbean Institute for Cooperation, and FOKAL (Fondation Connaissance et Liberté), LWB launched Haiti’s first three bookmobiles in 2012. BiblioTaptaps are named after Haiti’s “tap taps,” which are colorfully painted buses or pickup trucks that serve as shared taxis. With a name that literally means “quick quick,” they are expected to reach more than 15,000 children and adults every month in Port-au-Prince and its surrounding areas, as well as Haiti’s north and central provinces.

In Port-au-Prince, BiblioTaptaps are now circulating in the neighborhoods hardest hit by the earthquake, providing books and making intellectual resources available to many for the first time since the quake. In the provinces, the bookmobiles will focus on 20 underserved communities and remote villages where libraries are nonexistent and there is limited access to books. Some 40 local Haitian associations support the BiblioTaptaps project.

“We witnessed how stories about mighty lions or funny frogs were able to transport children from dire post-earthquake conditions; they provided escape from the trauma,” says Lachal. “Ultimately books and expression sustain human dignity and provide a source of self-worth and identity. In reestablishing culture amid the rubble of disaster, books provide sources of resilience and hope by instilling the conviction that there will be life after the camp.”

From implementing projects in Haiti after the earthquake and in Tunisia after the 2010–2011 revolution, LWB has learned that books and stories have the power to improve living conditions in the worst situations. More than 50 libraries were burned in Tunisia during the uprising, and LWB has so far reopened, restocked, and trained librarians for four of those libraries.

“We believe that in order to facilitate sustainable development, we must offer support throughout the whole book supply chain,” Weil says.

Reading is a basic need

“Believing strongly that dignity through books, writing, and learning should not be denied to victims of humanitarian disasters, Libraries Without Borders is calling on international organizations and governments to better take into consideration the role these play in emergency situations. Reading and expression must take their place among food, water, shelter, and health as basic needs and priorities in humanitarian emergencies,” Weil concludes.

Asked what American librarians can do, Weil tells American Libraries, “Help us with the Haitian project. Haiti is the poorest neighbor of the United States. In the press you rarely see an article about good things in Haiti. We have demonstrated that with books and libraries we can make good news in Haiti.”

LEONARD KNIFFEL is a writer and librarian living in Chicago. He is former editor and publisher of American Libraries. His forthcoming book, Musicals on the Silver Screen, is scheduled to be published by Huron Street Press in 2013. He can be reached at lkniffel[at]sbcglobal.net or on his blog at PolishSon.com.

Technology in the Library 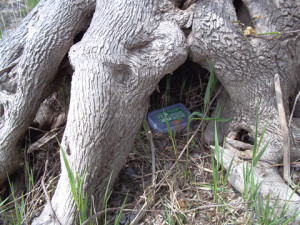