Tax Battle in the Bluegrass State

Recent lawsuits against libraries in Kentucky continue to reverberate across the state, ever since two separate circuit-court rulings were handed down in April 2013 that found Campbell County Public Library and Kenton County Public Library had improperly raised their millage rates since 1979 and 1967, respectively. The decisions stated that the libraries did not follow state law, which mandates that libraries formed by petition can seek tax hikes only by petitioning and gathering voter approval. Lawyers for both libraries claim otherwise, maintaining that House Bill 44, passed by the Kentucky General Assembly in 1979, gives libraries taxing-district status and allows them to raise tax rates by 4% without petition. The libraries were directed to follow HB 44 by the Kentucky Department for Libraries and Archives, although Campbell County Circuit Court Judge Julie Reinhardt Ward and Kenton County Circuit Court Judge Patricia Summe both stated that HB 44 does not nullify the statute requiring petitions for tax hikes.

Campbell and Kenton County Public Libraries are appealing the rulings separately, after the Kentucky Supreme Court denied on July 5 their motion to present their cases jointly to the state’s high court. A Motion to Stay is in effect during the appeals process, which enables the libraries to maintain status quo budgets for the next operating year.

Kentucky attorney Brandon Voelker filed the class-action lawsuits against the libraries on behalf of several individuals, all of whom are members of the Northern Kentucky Tea Party. The group has been an active supporter of the suits. “No one in the Tea Party is against libraries,” a person identified as Legate Damar wrote in April at nkyteaparty.org. “Opponents of a library might as well be against literacy, and no one wants that. The plaintiffs in the case only want the libraries to follow the law as it was written and allow the taxpayers to have a voice in the decision to raise taxes.”

As lawsuits mount, Kentucky libraries have their hands tied. The Kentucky Library Association has hired a consultant to help strategize and is working with Friends of Kentucky Libraries and the Kentucky Public Library Association on statewide advocacy. Kentucky authors and local chambers of commerce have also been contacted as potential partners in the fight. Petition drives asking voters to approve future funding were discussed but were ultimately rejected because libraries would have had to collect more than 55,000 signatures in 90 days.

Voelker has presented monetary settlements to Campbell and Kenton County library officials on behalf of the plaintiffs, but the offers were rejected. “This is bigger than settling with a few people,” said KLA President Lisa Rice. “This challenges the way we operate. No library is interested in anything other than a clean decision. Libraries will be in jeopardy for all of us if this case is lost.” 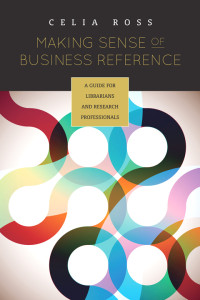 An ALA Editions excerpt