Weeding is not for the faint of heart

A couple of years ago I was giving a keynote presentation at a state library conference in the Upper Midwest when a librarian came up to me with a copy of my first book, Snowballs in the Bookdrop, published in 1982. She wanted me to autograph it with a personal greeting, but I hesitated when I saw the library’s property stamp on the front cover. “Don’t worry about that,” she said. “This book was weeded at least a decade ago. I grabbed it out of the trash.” Sure enough, when I opened it up, there was the word “discard” stamped on the title page.

At first it took me aback. You always feel as though your book will be the one to escape the weeder’s hoe. I guess my logic was that I’m still writing columns and blog posts, so it logically follows that my books still have relevance. It’s a humbling reality check to discover they don’t.

Now most of the books I autograph at library conferences are library discards. Actually, I’ve grown to appreciate that they’ve served their purpose and have died a natural institutional death. The truth is, after I got home from that library conference, I opened my copy of Snowballs for the first time in probably 30 years and realized the book was out of date, irrelevant to the times, and bordering on tedious. No, it was tedious. It did not represent my best work. Thank God it was out of circulation.

I bring all this up because weeding has become rather controversial all of a sudden. In fact, a public library director in Illinois lost her job because of a weeding program gone awry. I find it highly ironic that, in a time when many futurists (including librarian-futurists) are ringing the death knell for Old Man Book, many members of the taxpaying public still freak out when they discover that libraries weed thousands of glue-and-paper books every year. Even though they don’t read these mossy books, and even though many of these outraged taxpayers never darken the library’s front door, they seem to harbor the idealistic notion that books are sacred. On second thought, maybe it’s the fact that these books were purchased with tax money that is sacred.

So how can libraries avoid nasty weeding controversies? For one thing, it’s good to weed out the term “weeding.” A better name would be the “library collection refreshment program.” Next, get rid of the goods in the middle of the night under the cloak of darkness. Make sure the weeds are packed (appropriately enough) in large black yard bags. Do your weeding in the autumn when you can camouflage the books with fallen leaves. Finally, don’t use a random approach. You must be systematic to avoid being accused of being arbitrary.

What system should you use? My system was to instruct staff to weed the library collection like they would clean out the staff refrigerator.

First, wear rubber gloves for protection. Second, get rid of anything that looks physically unsightly or, as my granddaughter would say, yucky. Be sure to toss the partially eaten lunches that frugal librarians hoard. Pizza, like last month’s bestseller, has a very short shelf life.

WILL MANLEY has furnished provocative commentary on librarianship for more than 30 years and has written nine books on the lighter side of library science. Email: wmanley7[at]att.net. 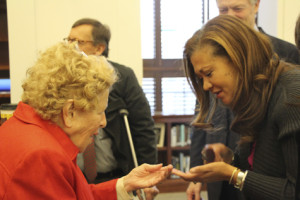 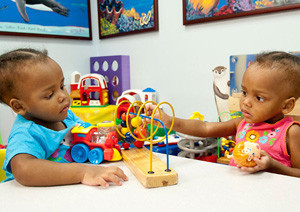