The More We Change

Libraries have always been evolving, changing, reinventing. One of the American Library Association’s (ALA) current strategic goals is “Transforming Libraries”—a multipronged set of initiatives that will enable us to understand the technological and societal changes affecting libraries and then harness those changes so that we can continue to meet the information and entertainment needs of users. This selection covers where we’ve been and where we’re headed in this continual evolution.

In 1887, the Newberry Library in Chicago opened its doors as a public research library, with ALA charter member William Frederick Poole at the helm. The Newberry 125: Stories of Our Collection highlights 125 objects in the collection. The array of objects—from beautiful illuminated medieval manuscript Psalters to Thomas Bewick print blocks to a photograph of a Chicago speakeasy—captures the range of original and secondary sources libraries collect to inform their patrons. Not all libraries have the same elegant riches as the Newberry, but their purpose and how the information is delivered have commonalities.

Also in 1887, Richard Rogers Bowker, founder of publishing firm R. R. Bowker Company, visited a paper mill. By then, pulped wood was already making inroads into the paper production process, and according to Nicholas A. Basbanes in On Paper: The Everything of Its Two-Thousand-Year History, Bowker called for continued use of rag paper for magazine production. Oh, if his view had only prevailed, we wouldn’t have the quantity of brittle books in our research libraries that we do! For centuries, of course, paper has been the primary medium for objects in libraries. Basbanes examines the history of paper in a thematic way, looking at how the technology was transferred from China to Europe; how production changed from rags to pulp—except for the production of US currency; how we have disposable uses of paper; and how we both preserve paper in archives and shred it when its content is no longer valuable.

Everyday Information: The Evolution of Information Seeking in America, edited by William Aspray and Barbara M. Hayes, both faculty members at I-schools, examines nine types of information we need to live our lives. Aspray starts off with an essay on information involved in the purchase of an automobile—from a general understanding of technical issues to specifics on makes and models to financing options—and how they have changed over the decades. Hayes picks up with how Americans research philanthropic options. Travel, genealogy, sports, and gourmet cooking—key subject areas for public libraries—are also covered. The final chapters look at information transfer in the public sector, including via comic books and text messaging.

In Libraries and the Reading Public in Twentieth-Century America, Christine Pawley and Louise S. Robbins also explore the ways in which libraries have affected our lives. The 13 essays included were originally presented at the 2010 Library History Seminar XII: Libraries in the History of Print Culture conference at the University of Wisconsin–Madison. The essayists cover how public libraries have helped generations of immigrants “become American,” how libraries fought for intellectual freedom in the face of McCarthyism, and how the venerable Library of Congress served the public during the Great Depression by supporting studies, career reinvention research, and business research, while maintaining its traditional support for congressional information requirements.

The last two books, both from ALA, cover specific aspects of how we are reinventing libraries today. Fred Stielow directs the library—or rather classroom/research information services—for the American Public University System, an online-only national university. In Reinventing the Library of Online Education, Stielow begins with a history of libraries in higher education but moves quickly to how he and others have harnessed technology, particularly web-based, to deliver the information resources and research capabilities students need to support learning in an online environment where no brick-and-mortar library exists. Of particular interest are two chapters, “Redefinition Commentaries” and “Construction Commentaries,” with item-by-item analyses of the roles of various services in the new environment.

In Exploring Digital Libraries: Foundations, Practice, Prospects, Karen Calhoun presents an authoritative, state-of-the-art discussion of digital libraries. Starting with their definition as a field of research and a set of systems and services that underpin the traditional roles of a library that will evolve as the web evolves, she moves into historical context, followed by key themes and challenges they present. Libraries as limited and open-access repositories, their social roles and impact on communities, and how they interact with the social web with regard to scholarship and collections are discussed. Students will find value in a bibliography that spans more than 50 pages.

Meet the 2014 Candidates for ALA President 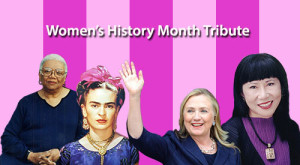