Three pressing questions about e-content face the profession: How much content will be exclusively available electronically, how quickly is that developing, and—especially for public librarians—how will it affect budgets?

Music is the best market for forecasting potential trends. We can confidently assume that the last physical format for music, the CD, is in its twilight stage—soon to be replaced entirely by digital formats and niche markets like LPs. Starting in the late 1990s, the music industry experienced a downward sales curve that continued until 2012, when music finally posted a modest 0.3% increase in revenue, thanks to a growth curve in digital sales. Book publishers and Hollywood both fear a similar loss in profits.

Marketing ebooks is the critical question publishers are addressing in their attempts to avoid the downturn in revenue the music industry experienced. They know that once digital content is released into the marketplace, they lose a certain amount of control over that content regardless of protective measures taken. Digital content is inherently uncontrollable because copyright law evolved in markets where the reproduction side of the equation involved work and cost. Not so with digital material.

Publishers always have been skeptical of any evidence that print borrowers are also buyers. Without the first-sale doctrine, they are free to shift the balance of power in their direction. Most consumers and many librarians are blissfully unaware that they do not “own” any of the digital materials they purchase. The issue is further complicated by vendors like Amazon, who tend to use the same language on their websites as they do for physical materials. The little orange button says “buy” rather than “license.”  End User License Agreements (EULA), which all users of legal e-content agree to (most without knowing what they are) generally waive first-sale rights.

The Digital Millennium Copyright Act (DMCA) of 1998 was the first major attempt to reconcile copyright law with the digital world. Written in the social, economic, and legal context of peer-to-peer file sharing, DMCA focused on protecting the copyright holder’s rights rather than other questions that could have taken precedence. The 2001 Executive Summary by the US Copyright Office on the concept of “Digital First Sale” explicitly acknowledges that digital content can be “reproduced flawlessly” with little effort, placing it far outside the original boundaries envisioned by first sale.

The concern is not with technology’s ability to deal with this replication problem, as the report admits the possibility of a “forward and delete” technology that could ensure that the original file leaves the owner’s possession and is transferred to another owner, but with the ability of the digital economy to ensure scarcity and control distribution—specifically illegal distribution. ReDigi, the intrepid start-up that attempted to create just such a forward-and-delete mechanism, discovered nothing has changed since 2001 as it lost the infringement lawsuit brought against it by Capitol Records in 2012.

Libraries can draw a clear line from OverDrive’s 700% fee increase in 2010 to the Kansas State Library terminating its OverDrive contract in 2011, as well as Wiley’s announcement to limit downloads of articles in 2013 and HarperCollins’s 26-loan cap for ebooks. Libraries should not be surprised anymore, as copyright holders fight for their own existence and profits. If we add to this the lack of first-sale protection, we can begin to consider what the future may look like if the players with power, money, and influence win the battle.

JOSEPH SANCHEZ is director of Mesa County (Colo.) Public Libraries. This column is adapted from his article in eContent Quarterly 1, no. 3, on forecasting public library e-content costs. 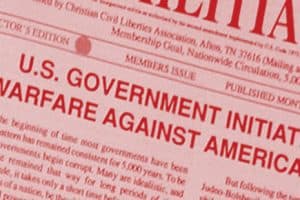 Propaganda from all sides coexists in select academic collections 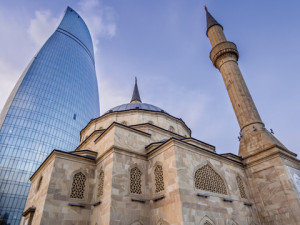 Building a Pipeline to Education in Azerbaijan

How library service is burgeoning in the oil-rich nation