When a simple phrase is not as innocent as it seems

The other day, I was writing yet another email and was rattling off a bunch of stuff, answering questions, asking a few, the way one does. As I wrapped up, I remembered there was something that had been in the back of my mind, so I tossed that in at the end, prefacing it with the innocuous “Y’know, I wondered about such-and-such … nothing important, just curious.”

We’ve all done that a thousand times. On the surface, “just curious” is one of those phrases that doesn’t really mean anything and gets tossed in just to signal that a question isn’t urgent or immediate or that it doesn’t connect to any larger matter. Which is fine on its face and is, in most cases, harmless.

Somehow, though, I started to actually think about what it means and what it really says. (Columnists’ occupational hazard? Signal that it’s time to stop doing email? Likely both.) Peel away a layer or two, and this looks less innocent.

Why “just” curious? Why this dismissive portrayal of curiosity? Isn’t curiosity a good thing? Yes, I know I’m overanalyzing this. But follow me for a minute. This gets stuck into questions and inquiries all the time; you’d hear it at a retail counter, in conversation or a meeting, or in a reference setting, and I think it bespeaks a more subtle phenomenon.

Way back in the Pleistocene era, when I was running the Internet Public Library, we were examining reference questions that had come in through the IPL’s intake form. It asked for the question, of course, along with name and email address, and more substantive things like geographic location and what sources people had already tried. Standard reference-interview practice, and since this was usually a one-shot opportunity to hear from the client, the form was pretty extensive.

After looking at a bunch of submissions, we noticed something: To try to scaffold these queries, to help people better understand their own information needs and us to better respond, we asked another question, on the person’s situation or reason for asking. Not in a challenging way, but to help so that we had some sense of how the response might be used. Some of these were blank, and others—many others—gave us versions of “just curious” and many of those gave the impression that people were sheepish or even embarrassed about being … just curious. As though asking for their rationale made it sound as if the rationale wasn’t good enough or that we wouldn’t take them seriously.

Well. My first response was to rephrase the form text to say “It’s okay to be just curious!” which seemed to help. This episode has stayed with me, and upon reflection, it feels like for many, curiosity is an undervalued, or even belittled commodity.

We are all about curiosity; we’re in the curiosity business. Much, if not all, of what we provide is meant to satisfy curiosity about matters small and large, and indeed itself is the result of the curiosity of authors and creators. Not to mention lots of us got into this field because we’re the curious type too. Guilty as charged.

So here’s my proposal: From here on, in any professional setting, when you hear “just curious,” respond thus: “Isn’t that great? Curiosity is a wonderful thing; let’s find that out together.” Or perhaps something less chirpy; reword as necessary.

Every quarter, I pounce on the first poor soul who says, “This is a stupid question, but.…” That barely gets out before I say, “The only stupid questions are the unasked ones.” (If only that were true … but that’s another story.)

JOSEPH JANES is associate professor and chair of the Information School of the University of Washington in Seattle. 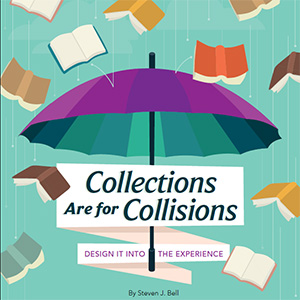 Collections Are for Collisions

Design it into the experience 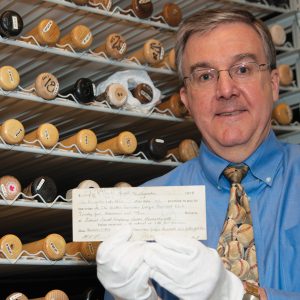 Inside the Baseball Hall of Fame