An overview of how states performed in the November ballots

During the 2014 election year, the ALA Office for Research and Statistics tracked 153 library referenda across 22 states. Of the 126 measures, Ohio and Michigan led the way in sheer numbers. Ohio was a big winner in 2014, with 31 of the 34 measures passed. Michigan voters approved 54 of 68 measures. The outcome of local referenda votes is crucial, given that nearly 85% of library funding comes from local sources.

The vote on library referenda determines whether or not libraries can support their operating budgets, make improvements, and stay current with technology resources. Passage of referenda also helps build new libraries that support the growing US population. The Institute of Museum and Library Services reports that 299.9 million people, or 95.3% of the US population, live within the legal service area of a library. The people who reside in these areas pay taxes that help fund the library; in return they get free library cards and access. But how do people who live outside the area make use of the library? One way to bring services to a wider population is through a geographic referendum.

In Illinois around 1 million people are not served by libraries. Illinois has city, township, and district libraries, but not county libraries. Citizens who live outside the legal service areas must purchase a library card in order to check out books. The Gail Borden Public Library District in Elgin decided to do something about its unserved population with a geographic referendum. The library currently serves 144,597 residents in Elgin and South Elgin, as well as portions of Bartlett, Campton Hills, Hoffman Estates, and Streamwood. The purpose of the geographic referendum was to provide library service to 870 residences located in unserved pockets of the library district.

Gail Borden’s Executive Director Carole Medal told American Libraries that the “referendum was mounted to right a wrong. When we learned that more than 53% of the children in our geographic area did not belong to a public library, we felt it was important to take action. The focus of our campaign was on academic success and the critical role a public library plays in that success. It took place in an extremely challenging tax atmosphere.”

Though the overall results show a win with yes votes counted at 70%, the referendum did not pass. For it to pass, a majority of voters in each of the five precincts to be annexed would have had to vote yes. But the majority vote in all five was no. In order to receive free library services, the 870 homeowners in the areas to be annexed would have had to pay a library district tax. The existing tax is about $240 per year on homes assessed at $150,000. The library district would have received about $350,000 additional income per year.

Medal added, “We evaluate this process as a positive experience, because we had a chance to talk face to face with so many residents and learn that many of them value library services highly. We even heard a few of them say that they would never have purchased their house if they had known at the time that it did not have library service.”

New Mexico decided to take a comprehensive approach to providing library service to its residents by asking voters to pass Bond Question B, New Mexico Capital Expenditures for Libraries. The approved measure authorized the issuance and sale of $11 million in general obligation bonds to make capital expenditures for academic, public school, tribal, and public libraries. The state Senate and House voted in February to approve the measure for the November 4 ballot, and Gov. Susana Martinez consented. The ballot results were 279,858 (63%) yes votes to 164,706 (37%) no votes.

“Politicians can promise the world all day, but libraries actually deliver it.”

A total of 41 states have county library systems that help broaden the public library service area. For example, Harris County (Tex.) Public Library (HCPL) has 26 branch libraries serving a population of more than 1.3 million users in unincorporated areas across the county. HCPL also operates branches in several cities that do not have library systems of their own. The chart below lists eight counties across seven states with the most successful referenda, encompassing a total of $268.3 million in library support.

KATHY ROSA is director of ALA’s Office for Resarch and Statistics, which provides leadership and expert advice to ALA staff, members, and the public on all matters related to research and statistics about libraries, librarians, and other library staff; represents the Association to federal agencies on these issues; and initiates projects needed to expand the knowledge base of the field through research and the collection of useful statistics. 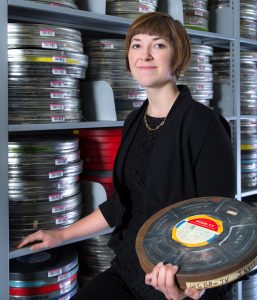 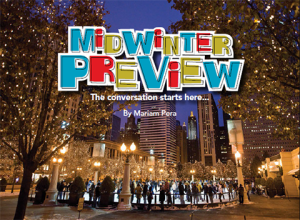