Stuck in the Middle

The tweens were busy writing on colored Post-it notes and placing ideas on the mock Pinterest board at the front of the room. At a recent meeting of the Richland Library tween advisory board in Columbia, South Carolina, the children were asked to brainstorm about the new tween space being built. Even the impractical ideas, such as implementing a food court and a Ferris wheel, gave librarians insight into what the kids wanted from their space.

“Their ideas told us that they wanted this to be a fun and happy place,” says Sarah Shuster, children’s librarian at Richland Library. “We learned a lot about the vibe that we needed to create for the tweens.”

Although the library obviously cannot create a miniature theme park inside the branch, the kids’ suggestions will most likely influence the purchases the library will make for the room.

While many libraries may have a teen advisory board, most libraries do not have an advisory board for kids in upper elementary and lower middle school grades: tweens. The basic concept of a tween advisory group is to have kids, typically around ages 8–12, help provide input on library programming, implement programming ideas, recruit other tweens, and provide feedback on events.

“Before we started the tween advisory board, we ­really didn’t have any tween programming,” says Jodi Krahnke, head of youth services at Ypsilanti (Mich.) District Library. “But they felt the children’s programming was too young for them, and it wasn’t really ­appropriate for them to be with older teens.”

So Krahnke says the library decided it was important to look at tweens as their own population, with separate needs and then provide programming to meet those needs.

“We wanted to give the tweens a place where they can have a voice without being overruled by older kids,” says Rebecca Crawford, youth services coordinator for SCLS and department head of Bridgewater Library.

As with all programming, participating librarians will say it is important to customize the tween advisory boards around your community’s specific needs. For instance, because Bridgewater Township schools are structured with an intermediate school for grades 4–6 instead of a traditional middle school, the library used that grade range for its tween advisory board.

One of the challenges with reaching tweens is that the adults who create the programming do not have the same interests as the kids. And because fads and trends change quickly with this population, it is almost impossible for even the most passionate librarian to keep up. Without tween input, library staff members risk investing time and resources into programs that do not meet the kids’ wants or needs.

Involving tweens in programming has a dual benefit, according to Heather McCue, Richland  Library’s children’s librarian. First, the programs are more likely to appeal to their target audience. Second, the tweens on the board will most likely make a concerted effort to attend events because they feel a sense of ownership and are invested in their success.

Because tweens are very social and friendships are becoming increasingly important at this age, McCue found that kids will often bring friends to the programs that they helped create. She also found that encouraging tweens to bring friends results in higher participation in the programs across the board.

We wanted to give the tweens a place where they can have a voice without being overruled by older kids.—Rebecca Crawford, youth services coordinator for Somerset County (N.J.) Library System

Two years ago, Ypsilanti’s Krahnke says she helped the kids plan a well-attended Hunger Games Minecraft party after learning through her interaction with the ­library’s tween advisory board that they were interested in Minecraft. Each spring she notifies the tween board of the theme for the summer programs and asks for specific suggestions.

“They came up with some fantastic ideas for our Hands-On Engineering theme last year, including having potato car races and other STEM experiments,” Krahnke says. The library also recently hosted a tween Chopped contest after Krahnke heard kids talking about how much they liked to watch cooking shows.

“We spent an entire meeting planning for our Chopped Junior event,” she says.

Tweens are also at the age where they are craving more responsibilities and the desire to be independent, but there are not many opportunities for them to learn or practice leadership skills. Libraries are well positioned to use a tween advisory board to help teach tweens the skills needed for project management, working in teams, planning events, and speaking in public.

Tween advisory boards are also a great way to boost participation from tween parents. In order to participate on a tween advisory board, a young person’s parents must often drive them to the ­library and will often stay during the meeting. As an organizer, consider creating an informal social setting with snacks for parents.

“Our parents really enjoy hanging out with each other at the library during the meetings and talking with people who have kids the same age,” says Richland Library’s McCue. Another idea is to create programming geared toward parents of tweens, such as inviting speakers or offering a book club.

While some teen advisory boards meet a few times a year, tween groups may benefit from more frequent meetings to sustain engagement with the library.

Richland Library had a tween Battle of the Book program when staff members decided to start the advisory board. To help maximize attendence, they scheduled advisory meetings before the book club, when kids were already at the ­library. “Since the advisory board is a new concept, piggybacking on an existing program is an easy way to get kids to come,” says McCue.

Consider your community and library culture when determining how formal the sign-up and attendance process should be. While some libraries have a formal application process for tween advisory boards, others find that a more casual approach works best for this age group. At Ypsilanti District Library, for example, tweens don’t have to sign up for the board; the program runs as a drop-in event only. “However, if you come for at least three meetings and participate actively, then I will put your picture on the wall of the library as member of the advisory board,” says Krahnke.

Participating librarians suggest not only posting information about the board on the library’s website and newsletter, but they also encourage making announcements about the group during other programming, such as school-age events or family nights. Still, one of the most successful recruiting strategies is to personally invite regular tween patrons to join the advisory board. They suggest encouraging all library staff members to personally spread the word when they see tweens in the library or checking out books.

After the tween advisory board has kicked off and is in motion, it is important to continue evaluating and tweaking the group to meet the kids’ evolving needs. Ask them what they like about the meetings and ask for input about what to do at the library, generally. Since kids will eventually age out of advisory boards, the need to recruit new members is critical. “When a tween stops by the desk with a suggestion, I personally invite him or her to come to the meeting to share ideas,” says Krahnke.

But for all the reasons to start a tween advisory board, one of the most valuable is to provide tweens with the sense that they belong in the library, many of the librarians say. With nurturing and encouragement, members of this group are more likely become lifelong patrons.

“When we started the tween advisory board, we didn’t really have any tween programming,” says Bridgewater’s Crawford. “Now we have several tween programs, and library usage for these ages is up. But most importantly, our tweens have realized that there is a place for them at the library.”

While your tween advisory board should be unique to your community, some of these strategies have worked well at other libraries: 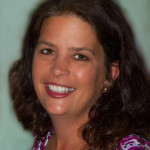 JENNIFER GOFORTH GREGORY is a freelance writer based in Raleigh, North Carolina. As the mom of two tweens, she knows first-hand the struggle of helping tweens find their place. 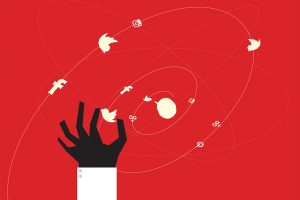