ALA Partners to Help Restore and Build

Reaching out to areas affected by cyclones and earthquakes

Churning in the South Pacific, Category 5 Cyclone Pam made a direct hit on the island nation of Vanuatu, March 12—14, 2015. Advance preparations helped alleviate much of the damage, but many school libraries were destroyed across the archipelago.

ALIA quickly set up “FAIR: Raising funds for the school libraries of Vanuatu.” Instead of creating a separate relief effort, American Library Association (ALA) raised money from its members outside of the Pacific region to supplement the funds raised by ALIA members.

In a short time ALA members contributed $700 ($1,000 Australian), which was sent to ALIA to purchase new children’s books, school readers, dictionaries, and encyclopedias.

Just a little over a month after Cyclone Pam devastated Vanuatu, Nepal was rocked by an 7.8 magnitude earthquake on April 25, followed by multiple aftershocks. Thousands were killed and injured, hundreds of thousands were made homeless, and many libraries were destroyed and damaged.

ALA and its membership quickly reached out to contacts in Nepal. Fortunately, most of the library community appeared to have survived, but their libraries, to which they had dedicated much time and energy, were in terrible shape. In Kirtipur, the Tribhuvan University Central Library (Nepal’s largest library, which was established with the help of the US government in the early 1960s) sustained major structural damage. The building was declared unsafe by engineers, but the staff returned to recover and preserve as much of the collection as possible in advance of the monsoon season, which starts in June and runs through August.

There are some government-run public libraries in Nepal, but most community libraries are set up through various non-governmental organizations (NGOs). These libraries serve as community centers and economic incubators, in addition to providing books, computers, and other resources. Tina Sciabica, executive director of READ (Rural Education and Development) Global, reported that 22 of their libraries were damaged, with many needing to be rebuilt.

ALA has started its Nepal Library Relief Effort and is partnering with READ Global and other NGOs and government agencies in Nepal to raise funds to help restore and rebuild. ALA encourages libraries interested in becoming sister libraries or adopting a library in need to contact ALA at intl@ala.org. 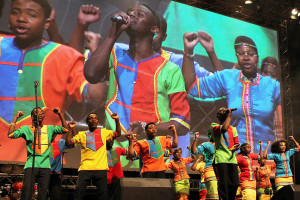 The World Library and Information Congress in Cape Town 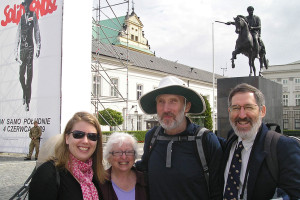 Teaching in the Land of Fields

My Fulbright sabbatical in Poland