NerdCon honors the diversity of storytelling

NerdCon: Stories. It was a thing.”

This was the prompt conclusion of organizer Hank Green as he spoke before an enthusiastic crowd of teens and tweens at NerdCon: Stories—a conference embracing “the power and magic of storytelling,” featuring podcasters, novelists, cartoonists, musicians, and poets—on October 9, the morning it opened.

At 9:01, someone sitting near me in the auditorium of the Minneapolis Convention Center whispered to a friend, “They’re late.” When Green appeared minutes later, happy, raucous applause punctuated almost every sentence, particularly when he promised another NerdCon, less than 10 minutes into the inaugural event. He told his audience, which included parents, educators, and librarians, that their attendance was “trusting” and said, “I’ll try not to betray that trust. Stories and each other are the most valuable things we have.”

What I can tell you after a weekend immersed in all things near and dear to nerds is that the nerds who convened this gathering share the philosophy that governs the way we build library collections and think about library users. There isn’t one story to tell about NerdCon, because NerdCon’s fundamental assumption was that all stories matter and that there are many ways to tell them.

Billed as “the first of the NerdCons,” although another California-based entity runs a conference with a nearly identical name, NerdCon declared its purpose as celebrating storytelling, writ large. In addition to popular young adult novelists like John Green (brother of Hank), Maggie Stiefvater, and Jacqueline Woodson, NerdCon included Welcome to Night Vale cast members, Harry Potter Alliance communications director Jackson Bird, and Every Single Word creator Dylan Marron. The link, besides what performance artist and comedian Desiree Burch called “our deepest nerdistry,” was narrative and the myriad, multimedia ways it manifests in the 21st century.

Stories and each other are the most valuable things we have. —Hank Green

NerdCon was a place where everyone got the joke, the allusion. I walked down hallways where Dungeon Masters discussed the properties of revenants and Harry Potter enthusiasts recognized one another by their house colors. Providing a brief, if satirical, history of literature, Paul Sabourin of comedic musical duo Paul and Storm highlighted events and authors from the 12th century to the late 20th century—a time when, as he put it, “Young adults learn to read, and J. K. Rowling kills millions of trees.” He and others echoed the principles of collection development and readers’ advisory when they declared popular fiction no less important than great books. “I want to defend escapist fiction,” John Green said. “I like fiction. I like reading it. I like writing it.”

The considerable energy, humor, and cleverness didn’t prevent attention to serious subjects. John Green noted that NerdCon coincided with Mental Illness Awareness Week and discussed stories as a release from the “absolutely exhausting and infuriating” challenges of “real stress and overwhelmingness.” He said, “Because stories have that power, we have to be responsible in how we use them.”

Presenters based in online environments, whether fan-created communities, YouTube, or podcasts, also had clear messages for young media users and creators. “Your experiences are far more universal than you think,” author Mara Wilson observed. Presenters also encouraged respect for others’ stories. Woodson spoke about the need “to see people as deeply human and that we all exist in that.”

Young readers turned out for this new event, revealing that regardless of their enthusiasm for The Fault in Our Stars or Harry Potter, they regard stories as something taking place both on and off the page. For librarians who want to relive the camaraderie, laughter, and messages, video segments from this year’s NerdCon are available on YouTube.

JENNIFER BUREK PIERCE is associate professor of library and information science at the University of Iowa in Iowa City and author of What Adolescents Ought to Know. Email: jennifer-burek-pierce@uiowa.edu. 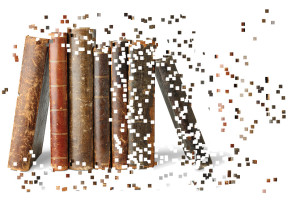 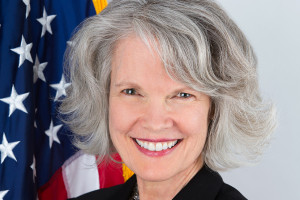