Why do international travel and partnerships matter to the American Library Association (ALA) and its members? When I became ALA president, I was most interested in visiting American libraries and talking to our members. But I have also had the good fortune to represent ALA in some outstanding international events that are forged from a long-term effort to be part of a global community. This participation in international partnerships enables ALA to extend its reach to libraries outside the US and to learn from the powerful work being done by library professionals all around the world.

In February, I led the first official delegation of American librarians and library supporters to Cuba for the Havana International Book Fair. I learned that the country had a longstanding commitment to literacy, and I began my visit with a meeting of renowned Cuban library leaders, including the remarkable Marta Terry González, and our own leaders, made up of Barbara Ford, ALA past president; Barbara Jones, retired director of ALA’s Office for Intellectual Freedom; and Vailey Oehlke, Public Library Association president and director of Multnomah County (Oreg.) Library.

The development of Cuban libraries can be traced from the early Cuban revolutions and the government-organized campaign to eliminate illiteracy. “Yo, Sí Puedo (Yes I Can)” turned Cuba into the most literate country in Latin America and influenced literacy development in other Latin American nations. The Cuban commitment to literacy is reflected in the country’s cigar factories, where cigar rollers listen to live readings of novels and newspapers during work hours. Enthusiasm for books is present in the crowds visiting the Havana International Book Fair and with spirited librarians who express deep pride for their profession.

‘Yo, Sí Puedo (Yes I Can)’ turned Cuba into the most literate country in Latin America.

Our visit to the provincial library in Cienfuegos presented a more sobering picture. The historic building is unsuitable for a modern library, and restrictions on trapping or even controlling endangered swallows on and around the library create an unappealing and potentially unhealthy situation. The library collection is inadequate and in a condition that we would never consider acceptable. The dedicated and passionate staff compensate for the library environment and state of the material collection. They work to provide programs to enrich the lives of children, adults, families, and people with disabilities—and what they accomplish with the limited resources available to them is nothing short of incredible.

Our ALA group was initially concerned with the lack of digital access in Cuba. However, we quickly came to recognize that basic access to a wide range of books—so desired in this literate and book-starved country—must be the first step. Books first, then broadband and universal web access.

“It’s complicated” is a Cuban catch phrase, and it truly speaks to the challenges facing Cuban librarians and their communities. Everything from books to broadband, from censorship to intellectual freedom is on the table in terms of future work for Cuban libraries. With President Obama’s recent visit to Cuba, we are poised to have new trade and travel relations. But the issues of human rights and free expression must also be delivered to the people of Cuba.

The opportunity to visit Cuba at this critical juncture and to discuss these issues is part of a long history between US and Cuban librarians. We hope to continue our relationship with Cuban librarians and to support them with learning in ways that will be meaningful to their service priorities. We too can and must learn from our colleagues in Cuba, and we can be inspired by their indomitable spirit that creates individual opportunity and community progress. 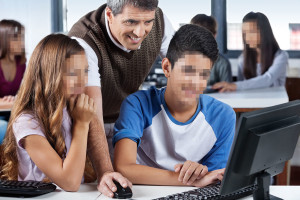