Large-scale digitization is reshaping the library’s contribution to research, and the natural sciences are front and center.

Field notes are an invaluable resource for students and researchers alike. Edward Davis, assistant professor in the Department of Geological Sciences at the University of Oregon, says, “We must ensure that future workers won’t have to search for our field books; without supporting documentation, the specimens we collect today may as well be paperweights.” Digital library consortia, specifically BHL, already provide millions of digitized items for public access and sharing across several contributing institutions. Now those collections can include field notes, too.

The Expanding Access to Biodiversity Literature project, which began October 1, 2015, aims to include 100 new content providers and 50 in-copyright titles. The project will assist these content providers with digitization, metadata creation, and curation by September 30, 2017. Many of the involved content providers are small institutions that would normally not be able to contribute to a digital library consortium such as BHL because of lack of funding or training.

The goal of all three projects is to provide users with easy access to primary source documentation in the natural sciences. 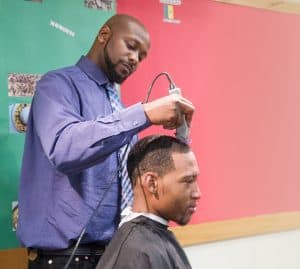 The Expert in the Library

Building on the success of Libraries Transform