ALA and Germany Unite

A three-year partnership begins in Leipzig

The three-year partnership between the American Library Association (ALA) and Bibliothek und Information Deutschland (BID) kicked off at the 6th Library Congress in Leipzig, Germany, March 14–17. Then–ALA President Sari Feldman led a delegation of 30 librarians from the United States to the congress, where the theme was “Library Spaces: Real and Digital.”

More than 4,000 librarians from Germany and other countries participated in the largest library event in Europe. The US was the honored country, and Kent Logsdon, deputy chief of mission at the US Embassy in Berlin, joined Feldman in thanking BID President Heinz-Jürgen Lorenzen and the German library community for the distinction.

The US–German partnership will run through 2019 and help to strengthen links between the countries’ libraries by intensifying exchange and knowledge sharing and by fostering lasting relationships between institutions and individuals in both countries.

ALA and the US Embassy provided an exhibit at the congress that featured books, graphics, and other resources for German and international colleagues, and Feldman participated in a panel discussion on physical and digital spaces in public libraries in Germany and the US. More than 20 US-based librarians participated and presented at integrated programs. The presentations covered a wide range of topics, from combating bullying in the library to sustaining publishing services in research libraries to reviewing archival records of East Germany’s response to the Angela Davis trial in 1971–1972.

In addition, US librarians provided information about the Association of College and Research Libraries’ new “Framework for Information Literacy for Higher Education.” A major topic at the conference was how German librarians could serve the large influx of new refugees, and US librarians were able to provide perspective and ideas for welcoming new immigrants.

ALA’s Europe Subcommittee and International Relations Office coordinated the partnership, and members and staffers met in Leipzig with their German counterparts to discuss new projects and activities. At the 2017 ALA Annual Conference and Exhibition in Chicago, the German library community will provide presentations and poster sessions for a wider American audience on best practices and services that can be emulated. A webinar series is also being planned along with library tours. The partnership also aims to increase the number of US and German sister library relationships, such as the one between Indianapolis and Cologne, Germany. The goal is to create at least 25 new partnerships by 2019. 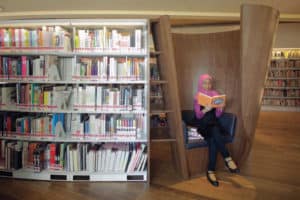 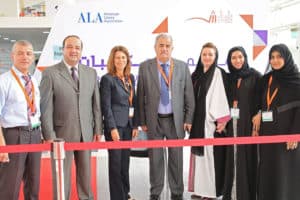