Though his moniker is absent from modern headlines, there’s one harasser whose name is known to librarians everywhere: Melvil Dewey. In the #MeToo era, how should the library profession handle Dewey’s legacy, tainted as it is by sexism and racism?

Dewey—who was, of course, a founder of the American Library Association (ALA) and the inventor of the widely used Dewey Decimal Classification—made numerous inappropriate physical advances toward women, including library colleagues and his own daughter-in-law, over a period of many years. Eventually, Dewey was ostracized by the ALA as a result of what one librarian of the period called his “outrages against decency.”

In addition, Dewey refused to admit Jews, African Americans, or other minorities to the Lake Placid Club, the private Adirondacks resort in New York that he and his wife owned and operated for many years. Booker T. Washington was disallowed from its dining rooms, Dewey bought up adjoining land for fear it would otherwise be sold to Jews, and promotional literature made it clear that “no Jews or consumptives [were] allowed” on the property. (“Personally, many of my choicest friends are Jews,” Dewey wrote in an evasive response to a membership request from one Albert Harris of New York City.)

Yet 87 years after his death, Dewey remains revered as the “father of modern librarianship,” “a pioneer in library education,” and “a pioneer in the creation of career opportunities for women,” as the Library of Congress website calls him. Indeed, the ALA itself bestows the Melvil Dewey Medal, and American Libraries’ own Dewey Decibel podcast bears his name (but has dropped his likeness from its logo).

Beginning in the 1880s, and continuing at least until 1929, Dewey engaged in what biographer Wayne A. Wiegand characterizes as “unwelcome hugging, unwelcome touching, certainly unwelcome kissing” with female acquaintances. Wiegand is author of Irrepressible Reformer: A Biography of Melvil Dewey (ALA Editions, 1996), the definitive biography of Dewey.

“Was there an element of power in his behavior?” Wiegand says. “There was. To my knowledge, he never squeezed a woman who was his equal. It was usually subordinates.”

On a post-conference cruise to Alaska in 1905, the six-foot-tall Dewey made physical advances toward several ALA members. On another occasion, his son and daughter-in-law, Godfrey and Marjorie Dewey, moved out of the family home after becoming uncomfortable with Dewey’s overly familiar behavior toward the latter.

In still another example, Dewey settled out of court in 1929 for $2,147 a lawsuit brought by a former stenographer, whom he had kissed and caressed in public the previous summer. (He had earlier sent a thank-you note to an assistant who referred the woman: “I … wish I had bought her by the pound instead of the piece when the dainty little flapper got off the train.”)

Detailed, first-person accounts of Dewey’s disturbing behavior are hard to come by, perhaps because in his time, women who spoke openly about sexual harassment were more likely to be disbelieved or punished than they are now. What is common knowledge among historians is an incident in which Dewey invited New York Public Library documents librarian Adelaide Hasse to go for a long drive in the country, after which she made a speedy departure—or, as Dewey later put it in a letter to her, “ran away so suddenly.” He continued: “But I am very glad that I know you better. Sometimes I think of you as [Shakespeare’s] Cordelia for your voice is hers. Sometimes as Brunhild fair blue eyed Saxon.”

“Such references to physical attributes were not normal epistolary style among turn-of-the-century librarians,” writes Hasse’s biographer, Clare Beck (The New Woman as Librarian: The Career of Adelaide Hasse, Scarecrow Press, 2006). Hasse declined to take any action against Dewey, writing to library colleagues: “We are a professional body, the members of which, encountering obnoxious personal traits in fellow members, must content ourselves to employ those defenses which reason, training, and character dictate.”

A new page on the American Library Association (ALA) website provides a clearinghouse of materials for anyone facing harassment, including sexual harassment, in the workplace.

The page draws on material that has long been available from ALA in other formats, such as pamphlets, and that is now online for the first time. The sexual harassment model policy statement for libraries, however, is brand new. “ALA has been very careful about advising localities how to proceed when it comes to the law, because all 50 states have different laws,” says Lorelle Swader, associate executive director of ALA Offices and Member Relations and the ALA–Allied Professional Association. “Instead, our legal counsel has said: ‘Here’s what you want to put into a [sexual harassment] policy if you don’t have one.’ It gives people a starter.”

In general, Dewey himself did not deny his actions—only their impropriety. “I have been very unconventional … as men [are] always who frankly show and speak of their liking for women,” he wrote. But, he insisted, it was not his fault if the targets of his “unconventional” actions took offense: “Pure women would understand my ways.”

That’s not how many of his colleagues saw things. After the Alaska incident, several of them added their voices to a campaign to force him out of active ALA membership. (This just a year after Dewey had been forced to resign as New York State librarian, under pressure from those who objected to the racist and anti-Semitic policies at the Lake Placid Club.)

They succeeded. After 1906, Dewey did not actively participate in ALA matters. “In exchange for a quiet departure, he was spared an ugly and public exposé of one of his major flaws,” Wiegand writes. “He was never again a power player in ALA politics.” He was, however, invited to be the guest of honor at ALA’s 50th anniversary meeting in 1926.

After Dewey’s death in 1931, the offensive aspects of his legacy took time to surface. The early biographies of him bordered on hagiographic. “The purpose … of this volume is to indicate that Melvil Dewey was a genius,” wrote Grosvenor Dawe in Melvil Dewey: Seer, Inspirer, Doer (J. B. Lyon Co., 1932). That book makes almost no mention of Dewey’s behavior toward women and minorities, except to say that “[Dewey’s] consciousness of his own strength and freedom from evil purpose led to a serene indifference in his every-day public relations with women.”

Another biography, Fremont Rider’s Melvil Dewey (ALA, 1944), calls its subject “a prophet pointing forward to a glorious promised land” and shrugs off the Lake Placid Club’s anti-Semitic policies by stating, “Dewey might—and did—point out that as a private club, it had a perfect legal right to do this.”

By 1996, when Wiegand’s book was published, the world had changed. “Here I am, a child of the 1960s, so I brought a different set of questions to my research and didn’t fear bringing what I was finding into print,” Wiegand says. “By the time I undertook that research, there wasn’t a whole lot of discussion about Dewey’s behavior toward women. It reintroduced the discussion to the profession.”

In exchange for a quiet departure, he was spared an ugly and public exposé of one of his major flaws. Wayne A. Wiegand

Still, more than 20 years after Dewey’s misconduct was laid bare in Irrepressible Reformer, public acknowledgments of his racism and sexism remain rare. The web page of the Dewey Program at the Library of Congress makes no mention of them. Nor does Dewey’s Encyclopedia Britannica entry.

“I think that it ought to be common knowledge,” says Sherre L. Harrington, director of the Memorial Library at Berry (Ga.) College and coordinator of ALA’s Social Responsibilities Round Table’s Feminist Task Force. “But I don’t think it actually is.” (She emphasizes that she is speaking to American Libraries as a member of the library profession and not as an official representative of the task force.) That said, she adds, “I feel a little complicit in that. I’ve been active in the Feminist Task Force for a really long time, and we haven’t done anything either.”

To be clear, no one we spoke with is calling for Dewey to be wiped from the history books. Nor are they suggesting that his accomplishments be disregarded. “Here is an imperfect individual who was crucial to the structure of our profession,” Wiegand says. “You accept the warts with the halos.”

Still, “I think there needs to be a more balanced awareness that he had human failings,” says Beck, professor emerita at Halle Library, Eastern Michigan University in Ypsilanti.“To have made him such a god-like figure—the great Melvil Dewey—now seems kind of ridiculous. He was revered as this man who brought women into librarianship, but all these women he encouraged and worked with still had to be subordinate to him and were expected to look up to him as the great male leader.”

Which brings her to another point: “Dewey, in the bigger picture, is part of a whole pattern of the subordination of women and the power dynamics of a profession in which for most of our history, men got all the executive positions and the better pay,” she says. (The AFL-CIO found that in 2014, women working as full-time librarians reported a median annual salary of $48,589, compared with $52,528 for men. It also found in 2010 that while only 17.2% of librarians were men, they held 40% of library director positions in universities.)

“So in a way, I don’t think we should just single out Dewey,” Beck finishes. “There are many elements of keeping women subordinate.”

Some ALA Awards to Receive Review

American Library Association (ALA) members may eventually see changes to the names of some of the awards and honors granted by the Association and its divisions. That’s because as cultural sensibilities have changed, so too have ideas regarding how to most appropriately exemplify the values those awards and honors are meant to represent.

For example, concerns regarding the depictions of Native Americans and African Americans in the works of Laura Ingalls Wilder have led to the establishment of a task force to review the ALA award that bears her name.

Administered by the Association for Library Service to Children (ALSC), a division of ALA, the Laura Ingalls Wilder Award has since 1954 honored an author or illustrator whose books have made a substantial and lasting contribution to literature for children.

The question of whether to rename the award has been raised by many ALSC members and stakeholders, says ALSC President Nina Lindsay.

“It is widely recognized that Wilder’s legacy is complex,” Lindsay says. “At the same time that we value and uphold access to her work, we are critically reading and understanding our literary history and cultural history, and that examination has provoked the question: Is this the appropriate way to honor a lifetime achievement for authors or illustrators of children’s books today?”

Among the facets of Wilder’s books that trouble many present-day readers are its treatment of Native American characters as well as a scene in Little Town on the Prairie in which Pa Ingalls participates in a blackface minstrel show.

The task force charged with reviewing the award will bring its recommendations to the ALSC board at the ALA Annual Conference and Exhibition in New Orleans this month.

After the decision on the Wilder Award has been made, ALSC will review its entire awards program. It may or may not recommend changes to the John Newbery Medal, Randolph Caldecott Medal, May Hill Arbuthnot Honor Lecture Award, Mildred L. Batchelder Award, Theodor Seuss Geisel Award, and Robert F. Sibert Informational Book Medal. Any recommendations will be brought to the ALSC board at the 2019 ALA Midwinter Meeting & Exhibits in Seattle January 24–29. 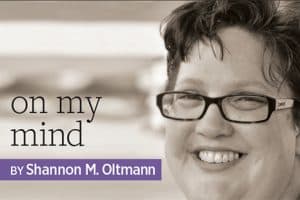 How Should Libraries Respond to #MeToo?