Jamie Griffin, manager of the Whitehaven branch of Memphis Public Libraries (MPL) in Tennessee, was watching an episode of Sex and the City about speed dating when the idea for “speed-repping” struck. The fast-paced matchmaking of speed dating allows singles to meet multiple prospective dates in short, face-to-face conversations. But could the format be used to promote civic engagement?

“I thought that maybe something similar could advance the city’s goals of getting information out to the public,” Griffin says.

He adapted the format to allow residents one-on-one time with several local leaders at a single event. He wanted to appeal to people who might not feel comfortable speaking up at a city meeting or town hall or know how to otherwise voice their views to area officials.

In March 2017, about four months after Griffin’s flash of inspiration, his branch hosted a two-hour session that drew more than 100 community members. Because of the large turnout, organizers decided to limit each attendee to three minutes to share their views and questions with community leaders, including the city and Shelby County mayors. Also present were the CEO of Memphis Light, Gas, and Water; the local fire director; two city council members; and a library representative.

“The great thing about it is that in addition to getting adults to come out, we were able to work with some of the schools. It became a project for some of the students,” Griffin says. “For me, that made [the event] really special because they were getting into understanding how city government works early on.”

Participants could sign up for slots with the reps they wished to meet, and each session concluded with a chime, similar to traditional speed dating. Among the topics of discussion were transportation, jobs, crime, and utility bills.

Griffin says the most challenging aspect was coordinating with the busy schedules of local officials. However, once he nailed down a date that worked for the two mayors, it became easier to attract commitments from other local leaders.

When Alex Geller, outreach librarian at Berkshire Athenaeum, the public library in Pittsfield, Massachusetts, read about MPL’s speed-repping event, he brought the concept to his community.

“We thought this would be a perfect way to utilize our already developed relationships with city government and representatives,” says Geller, who spearheaded a speed-repping event in April 2018. “Some people in our community feel sort of apathetic or disengaged by politics in general, especially national politics. We heard from people that they wanted their government reps to be more accessible.”

“Because it was one-on-one and face-to-face, it fostered a respectful dialogue,” Geller says. “Getting people to move on after five minutes was the biggest challenge.”

Massachusetts Rep. Tricia Farley-Bouvier (D-Pittsfield), says the people she met at the event weren’t the “usual suspects” she encounters at other political events and spaces.

“There were people who were just so excited to talk to elected officials. I had a wide variety of conversations,” Farley-Bouvier says. Taxes, frustration with the federal government, and community activism were among the topics attendees approached her about. “When you hear from people like that, it gives you a lot of different perspectives.”

These two libraries have found that speed-repping is an effective way for libraries to make both residents and participating officials aware of the resources they offer as well as the vital role they play in the communities they serve. It can also draw local media attention, which happened in Memphis and Pittsfield.

“The library gets to showcase that it’s the center for civic engagement and discourse,” Geller says.

Libraries that want to test the speed-repping concept can consider a more limited format. Griffin suggests holding an event where attendees get a set amount of time with a single representative.

For libraries aiming to increase civic engagement programming without the obstacle of coordinating schedules with elected officials, or for those that want to gauge interest before planning a speed-repping session, other opportunities exist. Skokie (Ill.) Public Library (SPL) held a “Dear Elected Official” program as a part of a series of pop-up events that aimed to educate patrons on how to contact local leaders.

“‘Dear Elected Official’ came about because we were wondering in what ways we could talk to people about being civically engaged outside of voting,” Shah says. “We thought about how we could help people feel they had a road map to connect with their elected officials.”

For about a week in January 2017, she set up a banner in high-traffic areas of the library and offered patrons resources for figuring out how to identify and contact elected officials, along with tips for communicating about issues that matter to them. SPL made a laptop, whiteboard, dry erase pens, Post-it notes, and relevant articles available so patrons could write their letters onsite.

“It’s helpful to make sure these [programs] are part of an ongoing conversation, that they’re not just a one-off,” Shah says. “People should see that these are a standard thing.” 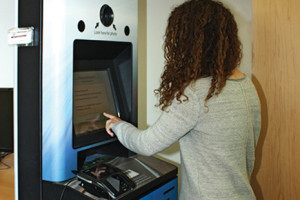 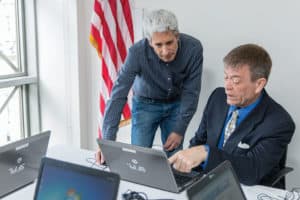