Tomi Adeyemi’s debut YA novel Children of Blood and Bone (Henry Holt and Co., 2018) follows Zélie, who fights to bring magic back to her people in Orïsha (named for Orisha, the Yoruba deities) under their ruthless monarchy. A film version is in development; the second book, Children of Virtue and Vengeance, is due in December.

Adeyemi will be an Auditorium Speaker at the 2019 ALA Annual Conference and Exhibition in Washington, D.C., on June 24. American Libraries spoke with her about writing, her inspirations, and the importance of representation in media.

From being a New York Times bestselling debut author to getting a movie deal, what has been the most surprising part of your career so far?

I’ve become aware of myself, I’ve had to grow in myself and become self-confident and go through all these challenges. But just as a human, personality-wise, I’m still a huge nerd. I still just want to talk about K-pop and watch The Last Airbender.

Children of Blood and Bone is an epic fantasy that combines West African mythology and culture with police brutality and Black Lives Matter. Can you talk about how you weave these stories together and the inspiration behind your work?

The inspiration came from a handful of different sources. From a purely creative standpoint, I was in a gift shop in Brazil just trying to avoid the rain. But then I saw these postcards with the Orisha on them, and I never even imagined there could be black gods and goddesses. Seeing that image exploded my imagination wide open, and the world of Orïsha came to me pretty quickly, but I didn’t have the story—I could see the magic system, I could see they were riding magical lions, but I didn’t know what they were doing there.

The not-so-fun part is, my freshman year of college [2012] was when Trayvon Martin was shot, and it was also when The Hunger Games movie came out, and there was this bizarre backlash against the black characters because they were black. It was heartbreaking to me, but both of those were the start of my realization of how far we still have to go and how deep hatred still runs.

Box office numbers for movies like Black Panther and The Hate U Give show audiences crave representation in media, and a recent Guardian article refers to a “seismic shift” in the diversity of US children’s books. Do you think we’re on the cusp of a huge change regarding diversity in book publishing?

I’m really militant about representation because I know the devastating effects [the lack of] it had on me. In my earliest stories, I had no problem putting myself in those adventures, but there was a 10-year period where I was still writing the adventures and fantasies that I wanted to have, but I was writing them as a white person or as a biracial person. I didn’t show my stories to anyone until I was 21 because I had internalized that black people couldn’t be in stories and have adventures, so I literally couldn’t put myself in my own imagination. I think we’re making great strides, but we can’t get complacent.

Libraries hold a really special part of my childhood because I was this literate child during the summer reading challenges, who was like, “I’m going to read 50 Magic Tree House books, I’m going to get five Airheads”—they really made reading currency. And I loved it. When I think of libraries, I smile—you can probably hear it in my voice because so much of my summer was wrapped up in it.

As an adult, I appreciate how much librarians are doing, especially because I believe that the path to a better, brighter future is with our youth. And librarians take care of them, whether they’re working at school or public libraries. The work they do is to give people the stories and resources and help they need. I think it’s incredible and meaningful work.

You know how you laminate books for libraries? When I see that for Children of Blood and Bone, it’s so official. And it feels really special. And whenever someone’s like, “There’s 200 holds [on it],” that’s wild!

Social media can be a big source of support and inspiration throughout the writing process. What has your experience been with YA Twitter, Instagram, and Facebook?

I appreciate social media, but I’m also extremely wary. I find I really like Instagram—I guess it’s more human. I also like it because I get a lot of DMs and they’re always like, “I know you’ll never read this.” I actually do read them, but it’s nice because I can choose to interact. It’s not as easy with Twitter. Twitter is a lot, and YA Twitter is a lot. It’s brought some of my closest friends into my life, but I also see a lot of toxicity. There’s already so much noise in my head just from being a human, and then the book, and then the world. It’s not only YA Twitter—it’s just Twitter in general.

It’s a blessing to be able to interact with fans in such a good place, but art is really introspective—[social media] can make it hard to get in that head space that you need to do the thing you need to do.

What advice would you give to aspiring YA authors?

Be honest about your dream because you’ll make the most use of your time. And then write. Don’t put so much pressure on yourself. Know that it’s going to be really bad for a really long time because everything is really bad for a really long time—that’s what revision is for. And then read as a writer. When you like something, figure out why. If you don’t like something, figure out why. Believe in yourself and do it. Don’t waste time. 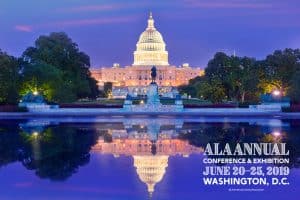 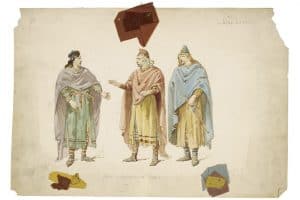 By the Numbers: Literary Washington, D.C.