Intent on finding a safe place to spend the day, the elderly woman trudged into the public library, burdened with several bags of precious possessions. She was immediately greeted by the sight of a library worker thrusting out a hand and snapping, “No, you can’t bring those things in here.”

“She said she felt like she was being struck,” explains Caroline Sharkey. A licensed clinical social worker (LCSW) on the faculty of the University of Georgia’s School of Social Work in Athens, Sharkey heard the story from a librarian acquaintance who witnessed the incident.

As it happened, the woman had experienced domestic violence that led to her becoming homeless. According to the acquaintance, the stern words and gesture of a probably well-meaning worker had reignited that trauma, leaving her feeling far less safe than before she stepped inside.

Ideally, the library could provide a place for patrons to store their things. Failing that, Sharkey says, “this would be an opportunity for staffers to smile, keep their hands down, and speak in a tone of voice that’s welcoming but firm: ‘Hey, I want to remind you that we don’t allow people to come in with extra bags. If you wouldn’t mind finding a place to store those, we’d love to have you come back afterward.’”

The difference between these scenarios? In the latter, the library worker is using a trauma-informed tactic.

Over the last 30 years, trauma-informed approaches have gradually been adopted by mental health facilities, criminal justice institutions, and substance-abuse treatment centers. The basic idea is, as Sharkey explains it: “Even though we don’t know everyone’s story, we can assume that people have had experiences that could be traumatizing—such as a history of abuse or mental health issues—and therefore we want to be very thoughtful about how we navigate interactions with them.” That shift in perception is often characterized as a movement away from thinking, “What’s wrong with this person?” and instead asking, “What happened to this person?”

Now, as more libraries bring social workers on staff, these new trauma-informed approaches are changing not just policies and protocols that affect patrons, but those involving staff as well.

“We provide training on trauma-informed services and approaches, and that includes how trauma often underlies experiences of homelessness, mental health issues, and more,” explains Elissa Hardy, LCSW and community resource manager of Denver Public Library (DPL). “Within that, we offer specific approaches on how to deescalate a situation through a trauma-informed lens.”

For example, DPL’s previous protocol called for summoning the police when a patron was found injecting illegal drugs in the library’s bathroom. Because drug abuse often indicates a history of trauma, this procedure can shame and retraumatize someone. “And it was also stressful for the staff to sit with that person and wait for the police to come,” Hardy points out.

Today, if patrons are found in that situation, a member of the library’s social work team is dispatched to connect them with a harm-reduction program or a source for clean needles. Of course, “it’s still against our library-use policy” for patrons to use drugs onsite, Hardy says. “People still do get suspended from the library, but at least they’ve first made a connection with a social worker.”

ACCL began incorporating its trauma-informed approach in January, thanks to an Institute of Museum and Library Services grant that allowed it to bring in a team of students and staff from the University of Georgia’s School of Social Work. In addition to providing training sessions on trauma for staffers, the team has its own office hours in the library so that patrons in need can consult with social workers on request.

Valerie Bell, executive director of Athens Regional Library System, emphasizes that the trauma-informed approach applies not only to patrons but to library workers as well. In fact, “for me, that’s one of the biggest parts—the self-care for staff,” she says. For example, librarians who have difficult encounters with patrons are now encouraged to take a five-minute break in a private area to calm themselves and regroup.

How can libraries begin to work toward becoming trauma-informed? “It’s not like there’s a Trauma-Informed Library: The Manual,” says Alicia Doktor. “There is no road map; we’re creating this as we go along.” A former branch supervisor for Sacramento (Calif.) Public Library, Doktor is now a network manager at ACEs Connection, a social network for organizations that are implementing trauma-informed and resilience-building practices.

She urges libraries that would like to become trauma-informed, particularly those without a social worker on staff, to begin by asking themselves, “Who are the community partners we can use?”

“It’s going to take a lot of perseverance for people to develop this model, to bring social work into the library creatively,” Doktor says. “It isn’t something we’re going to get in a webinar. This is a challenge to our profession.” 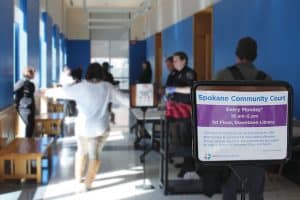 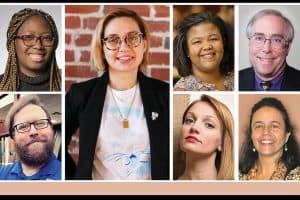