Less than a week after the American Library Association (ALA) issued a statement urging US libraries to close while the COVID-19 pandemic continues, nearly all appear to have done so—from Los Angeles to Atlanta and Anchorage, Alaska, to Miami.

But as of Monday, March 23, a handful of public and academic libraries were still serving patrons in person.

“[Southeastern Idaho] Public Health said that we should maintain services, and they’re the experts, right?” says Robert Wright, director of Idaho Falls (Idaho) Public Library (IFPL), which has canceled all programming but remains open for the public to browse and check out materials and use library computers. “We’re paid to be public servants, and we are leaving the decision about whether to open or close to the people who are experts in epidemiology.”

IFPL has implemented social-distancing practices, such as moving furniture to maintain six feet of distance between patrons and staff and directing employees to stay six feet away from each other. It has also begun sanitizing surfaces every 90 minutes, placing returned materials in quarantine for five days, and offering curbside checkout service on request.

While the library has seen what Wright calls a “drastic decrease” in the number of patrons that come in, he says that those who do visit express gratitude—and make it clear that their need for library services is ongoing.

Take the public computers: IFPL’s bank of 35 has been temporarily decreased to 11 because of the need for social distancing, and the previous computer use limit for library card holders of four hours per day has been cut to one hour. “We just have too many people waiting,” Wright says. “Some people came in the other day and were filing unemployment claims.” Because of the paucity of home internet service in the area, he adds, “If we’re not open, they don’t file.”

As for library staff, Wright says that anyone who does not wish to come to work because of COVID-19 is welcome to take paid sick or vacation leave, though he’s not aware of anyone who has done so for pandemic-related reasons. Should the library close, it is not clear whether staff will continue to receive pay: “They’re working that out at the city level.” For that reason, he says, “most [library] employees would like us to remain open so they receive a paycheck.”

In West Virginia, classes at Bluefield State College have gone online, but the college’s William B. Robertson Library is maintaining its regular hours for students, though it has temporarily barred community users.

Students who want to use the library in person must answer such questions as “Have you traveled in the last 14 days?” and get their temperatures taken. “Anything over 100.4ºF, we’re not to let them come in,” says Joanna Thompson, director of library services. “Except at this time, we don’t have the thermometers yet.” So far, she says, very few students have come in, and those who have seem primarily interested in using the computers.

The situation is similar at University of North Carolina at Pembroke’s Mary Livermore Library. “We’re a very rural area, and all of our classes have moved online, but unfortunately not all of our students have the ability to have high-speed internet access at home,” says Director of Special Collections and Archives June Power. “As much as I’d love to say we should be totally closed, we’re out in the middle of nowhere in North Carolina, and our internet access is slow to nonexistent in some places. We’re remaining open mostly so if they need to use the computer lab, they are able to.”

The library has reduced its hours, closed some of its rooms, and instituted extra sanitation practices. It has also allowed most of its staff to work from home, with only about five workers remaining in the library.

Other libraries have closed to walk-ins but are still offering curbside checkout services, such as Tom Green County Library System in San Angelo, Texas. Community Relations Coordinator and Community Spaces Manager Amy Dennis explains: “If you place an item on hold, call us, let us know the make, model, and color of your car, and pick an appointment time. We’ll have a librarian waiting for you” with the item selected; that librarian will be wearing gloves and holding the item in a plastic bag.

In addition to closing to walk-ins, the system has also canceled all programming and reduced its hours. “What this virus has done goes against everything that librarianship is,” says Dennis. “We’ve had to cancel all in-person programming. Every event we pulled off the books was the result of hours and hours and sometimes days and weeks of planning. I had to pull off weddings, an 80th birthday party. It’s heartbreaking.

“But on the other hand,” she continues, “it’s absolutely necessary. We want to take care of our patrons while still trying to provide them good service. Because this is such an unprecedented thing for us, this was the best thing we could think of to do. By doing curbside holds, we’re able to serve the greatest number of patrons.”

Dennis does not expect that curbside service will last indefinitely. For one thing, “eventually we will run out of gloves and sanitizer,” she says. For another, if and when a confirmed case of COVID-19 pops up nearby, that will likely lead to further service restrictions.

Also in Texas, Kyle Public Library has closed to walk-ins but is offering curbside pickups and drop-offs for up to three items per library card holder. For Library Assistant Meagan McLendon, “it’s a little scary.”

Not only are supplies running low for cleaning checked-out items, but there’s also the possibility of transmitting COVID-19 between staff members, particularly the part-time ones, she points out. “A lot of us have other jobs [such as pizza delivery], and we take those jobs into this job,” she says.

McLendon is part of a social media–fueled movement to encourage libraries that have not yet stopped all in-person interactions with the public, including curbside checkout, to do so. On March 18 she created a post in a Facebook group for library workers, “saying, ‘Hey, if your library is still open, let me know, and I’ll reach out to your administration and put some pressure on them.’” Since then she and several other members of the group have been calling not only libraries but also health departments and local politicians, encouraging them to close all libraries.

“At first I just say, ‘I’m concerned your library is still open to the public. What are you doing to keep your staff and patrons safe?’” she says. “Then if they say we are still open, but we’re cleaning books, I say, ‘I’m glad you’re doing something, but I just don’t think that’s enough. The best thing you can do is close to the public and pay your staff.”

Casey Manno, library associate at Sacramento (Calif.) Public Library (SPL), is also encouraging libraries to close. On March 17 she created a shareable spreadsheet that allows users to post information on their libraries’ closed/open status, as well as information on whether staff are still working, in what capacity if so, and whether they are getting paid. As of Monday, March 23, it contained entries for 205 libraries, of which 10 were marked “open”; many of those, however, appeared to have closed since the data was entered.

The spreadsheet’s purpose, Manno says, is “so that people can see that the majority of libraries are closing their doors, and the majority of libraries are paying their staff without making them use personal days, so other libraries [that are remaining open] can use this data to show their governing bodies that they’re in the minority.” (Manno herself is working from home, along with many of her colleagues; others at SPL have been placed on administrative leave with pay.)

As for concerns that library closures leave communities without vital services, “I absolutely understand that,” she says. “We have a lot of people who are experiencing homelessness who use our building, and one of the supervisors was asking them, ‘Do you feel safer in the library? Is that why you’re here?’ And they were saying, ‘No, I don’t feel safe in the library. I want to do what I need to do and leave, because I’m just exposing myself more [to COVID-19] while I’m in here.’ We provide such amazing resources to communities that desperately need them, but in light of this pandemic, we are a public health risk remaining open.”

Keeping at a distance

Emily Rosser, part-time library service representative at Windsor (Ont.) Public Library, has similar concerns. Before closing to the public March 19 and sending home all “nonessential” staff, including Rosser, her library attempted to implement physical distancing measures, such as placing a cart in front of the circulation desk to keep patrons a safe distance away. “But patrons really resisted it,” she says. “People would actually lean in closer than they normally would. There’s an expectation people have of a personal connection—that’s part of the reason they visit the library. We could feel that we were pushing against that. Sometimes we’d just give up and let people stand close to us.”

Physical distancing also posed problems when it came to helping patrons with computers, she adds: “We couldn’t see the computer screen if we were far enough away from them [to be safe regarding COVID-19]. People were getting irritated because we couldn’t help them properly.” She found herself worrying about the possibility that a patron living in a homeless shelter would contract the virus at the library from an asymptomatic patron or worker and take it back to the shelter: “That’s a disaster.”

Sofía Gonzalez* is a part-time librarian at a public library system in New Jersey that has closed to the public but is still requiring staff to work in the building. She lives with an immunocompromised family member and says that she told her supervisor she didn’t feel comfortable coming to work during the pandemic. Her supervisor, she says, told her that she could work by herself at a small branch, but “I don’t want to be in a building by myself,” she says. “There are safety concerns with that. If someone is in the library and you can see them, people are going to knock on the door and want to come in.”

The end result? “I will not be working this coming week,” she says, “and I will not get paid.” 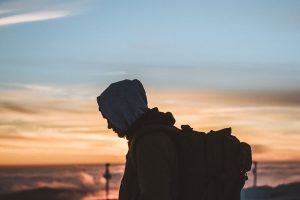 ALA Executive Board Recommends Closing Libraries to Public