The wipers on the bus—or rather, car—did indeed go swish, swish, swish at the drive-in storytimes hosted by Hoover (Ala.) Public Library (HPL) last summer.

Though its building was closed because of the pandemic, HPL staffers performed these innovative storytimes in parking lots where children watched the readers from the safety of their caregivers’ cars and listened along on the radio.

The unusual format invited audience participation. With the song “Wheels on the Bus,” for instance, the words were altered to “Wheels on the Cars,” complete with car horns beeping and kids jumping up and down in their vehicles.

“Our patrons were so grateful to have something that wasn’t on a screen,” says Christine Wells, children’s department library specialist at HPL. “We’d been doing virtual storytimes through Facebook and YouTube for a few months, but for it to actually be in person—I can’t tell you how many patrons stopped on their way out, rolled their windows down, and thanked us profusely for doing this.”

Drive-in storytimes—similar to drive-in movies—have gained traction among libraries looking to offer socially distanced outdoor programming while safety mandates remain in place or building capacities are limited. Though they might require more creativity and tech savvy than a traditional indoor storytime, the librarians who have hosted them say they’re worth the effort.

“We really tried to think out of the box and think of ways that we could reach as many patrons as possible, and still keep them and our staff safe,” says Wells. “It really felt vital to us.”

The first consideration for hosting a drive-in storytime? Having a space where patrons can park.

HPL started its program last July in the parking lot of a local sports complex but moved to the library’s lot when lugging equipment to another location became inconvenient. To serve as many people as possible, HPL hosted two back-to-back morning storytimes with 12–14 cars each. Because of the Alabama heat—and for additional safety—Wells asked patrons to stay in their cars with the air conditioning running. Programs continued through the fall.

Further east, at Cincinnati and Hamilton County (Ohio) Public Library’s (CHPL) Monfort Heights branch, Children’s Librarian Alice Beresford hosted drive-in storytimes before the library opened and after it closed, to avoid interfering with other patrons visiting the building. To maintain distance between vehicles, she painted stars on the 21 spots where patrons could park. Some attendees also biked and brought blankets to view the performances from the lawn.

Not counting the time it takes to get vehicles into position, Beresford, Wells, and Zimmermann estimate their storytimes ran 20–30 minutes, which allowed for a few stories and songs. They recommend requiring preregistration for events and, if staffing allows, having two storytellers and at least one person to greet and direct attendees.

A high-quality audio setup to broadcast the storytimes was a priority for HPL. The library decided to use an FM transmitter so patrons could listen to storytellers via their car radios, and staffers posted signage throughout the lot to indicate the broadcast frequency. Scott Littleton, HPL’s production technician, said the program also used two microphones for storytellers, an iPad to play music, and a digital audio mixer that connected to the transmitter.

“We’re unique in that we have theater equipment,” says Littleton. “You can definitely scale it down and use something more accessible. Just have the willingness to experiment with it a bit.”

In North Mankato, the setup was simpler: a small speaker and two microphones, which worked well because audience members were seated outside their cars.

At CHPL, Beresford used a wireless headset, freeing her hands to play guitar. She also used an FM transmitter, which reached larger audiences of 60–70 people. She advises that libraries interested in doing drive-in storytimes should invest in inexpensive sound equipment, as rentals can get costly.

Zimmermann says it’s important to select engaging books—and it helps if they’re already popular with younger audiences. One series that fit the bill was Mo Willems’s Elephant and Piggie, which lends itself to costume elements such as tutus, umbrellas, and cowboy hats.

“You’re going to have to act it out,” Zimmermann says, noting the audience cannot see the illustrations as they would at an indoor program. “Put your pride aside and just be silly.”

Beresford used the library’s story­time mascots—two large puppets named Bob and Sally—to help her tell stories. Her human colleagues handed out activities, such as coloring sheets and crafts, to give attendees something to do as cars pulled in or during the event. If the activity required art supplies, patrons were asked at the end of the program to drop them into a box, which Beresford quarantined for several days before sanitizing.

At HPL, storytimes stuck to a weekly theme. A program on insects, for example, included a telling of Tedd Arnold’s book Hi! Fly Guy that had two storytellers chasing each other, as well as a finger play about bees and the song “Mosquito Burrito” by Roger Day.

No matter how high-tech or elaborate, drive-in storytimes are rewarding, say librarians—not just for patrons but also for staffers who sorely miss them.

“Storytime is more than just entertainment,” Wells says. “It really provides scaffolding opportunities for parents to bridge learning between home and school.”

Beresford, Wells, and Zimmermann say their storytimes were successful and hope to do more of them, though their libraries are still weighing programmatic priorities for the year.

“I want to make sure I’m interacting with my families, so they know I’m here for them,” Beresford says. “I still want them to use their library, let me know if they need help, and keep the kids involved.”

JESSICA CILELLA is a freelance writer based in Chicago. 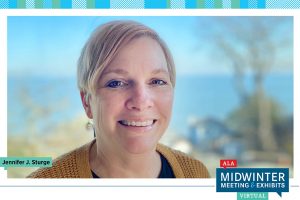 School librarians discuss how COVID-19 has changed their work 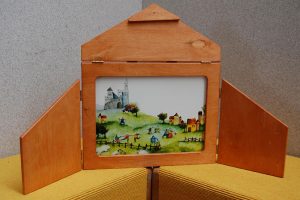