Librarians and archivists collect and tell their own stories

In September 2018, Rodney E. Freeman Jr. was at home lying on his couch when he heard about Botham Jean. Jean, a 26-year-old Black accountant in Dallas, had been shot and killed by his neighbor, a white Dallas police officer, when she entered his apartment thinking it was her own. The incident compelled Freeman to consider how Black men are perceived in the US.

To fill this need, Freeman created the Black Male Archives, an online repository to “capture, curate, and promote positive stories about Black men around the world while inspiring and informing younger generations,” according to its website.

Freeman is one of a number of archivists who have chosen to create their own archives around the Black experience in America rather than participate in an institutional archive, such as those maintained by universities or other large library systems. These archivists cite a variety of concerns about institutional archives, including gaps in what information is included, inconsistency in documenting Black history and events, and not enough community-level content.

Prior to joining Riviera Beach Public Library, Freeman managed the Vivian G. Harsh Research Collection of Afro-American History and Literature at Woodson Regional Library in Chicago. He also helped assemble a digital archive for the African American History Committee at Indianapolis Public Library and archived and digitized the history of Bethel A.M.E. Church in Indianapolis. This experience prepared Freeman to create his own archive to fill what he says is a glaring void.

“I didn’t find anything in archives that focuses solely on the Black male experience,” Freeman says. The Black Male Archives responds to this gap by collecting articles, photos, podcasts, and YouTube videos specifically detailing the experiences of Black men in the US.

“We’re more of an aggregator,” Freeman says. “There is some content we create, but for the most part we try to amplify what’s already out there.” A sampling includes photos of Black fraternities in America, a map of Negro National League (1920–1931) baseball teams, and information about Black entrepreneurs and Black male writers.

This same desire to curate stories not being told elsewhere is what compelled six Black archivists in Chicago to create the Blackivists in 2018. The group provides professional expertise on cultural heritage archiving and preservation practices as they apply to historically underdocumented communities. The group specializes in collection development and care, oral history development, establishing archival collections, community engagement, and digital collections sustainability, with an eye toward the Black experience. They also pay attention to other marginalized communities, including “LGBTQ people [and] folks who are sex workers or criminalized for the work they do,” says Erin Glasco, an independent archivist who works with the Blackivists. “We have a pretty broad and radical scope.”

The Blackivists have worked on projects that include the Chicago Torture Justice Memorials Oral History website, the Oscar Brown Jr. Archive Project, and the Chicago Black Social Change Culture Map (with Afro-diasporic feminist collaborative Honey Pot Performance). They also archived the history of the Black Panther Party of Illinois, interviewing former party members. “For a long time that history was very tainted and inaccurate,” says Raquel Flores-Clemons, a Blackivists founder and director of university archives, records management, and special collections at Chicago State University. “What people knew about the Black Panther Party was a negative history gotten from the police and FBI.”

The Blackivists aim to document marginalized histories but keep those histories in the community. “There are barriers between established institutions and the community,” says Flores-Clemons. A university, for example, might push people out of their neighborhood to expand—and then want to preserve the history of the people it pushed out, Glasco says.

And while archiving always involves selection, Flores-Clemons suggests the selection criteria may sometimes serve the institution more than they serve a fair telling of the history.

Respectability politics particularly tends to arise from dynamics of gender and class, Glasco says. Archives of the civil rights movement, for example, mostly focus on heterosexual Black men, but other marginalized communities were also vital to the cause and their stories must be told, too. “I’m not saying those collections are not important to keep,” Glasco says, but it should also be recognized that the movement included queer and gender-fluid people, for instance.

“Bayard Rustin, the architect of the 1963 March on Washington, was an openly gay man,” Flores-Clemons says. “Black trans women and Latinx trans women threw the first bottles at the Stonewall riot, and they only got highlighted in recent years.”

There is a slight trend toward improvement among institutions, Flores-Clemons says. Some want to “look into the organization and see where there were missteps and where white supremacy lives,” Flores-Clemons says. “Are they going to direct money from their budget to really do this work so it can be sustainable?”

In August 1619, a ship carrying 20–30 enslaved Africans landed on the coast of the English colony of Virginia, marking the beginning of the Black experience in America. The New York Times Magazine’s 1619 Project “aims to reframe the country’s history by placing the consequences of slavery and the contributions of Black Americans at the very center of the United States’ national narrative.”

Conceived by journalist Nikole Hannah-Jones, this year’s honorary chair of the American Library Association’s Preservation Week (April 25–May 1), the 1619 Project uses research, reporting, and primary sources to relay the history of Black America via a podcast and an interactive web presence.

Material from the 1619 Project is being used as a teaching tool in schools across the US. This includes Brooklyn (N.Y.) College, where the Pulitzer Prize–winning introductory essay by Hannah-Jones is being read and discussed as part of the school’s Common Reader project, which aims to build community and foster dialogue.

Brooklyn College Library supported the annual Common Reader project by creating a LibGuide with essays about the 1619 Project, arguments for and against it (some historians have alleged it falsifies history), and a list of online events and ways to register for them.

Brooklyn College Reference Librarian and Professor Helen Georgas has been on the organizing committee for two of those events, one of which was a talk by philosopher, activist, and social critic Cornel West.

“I am always trying to make connections between the library and learning,” Georgas says. “There is an urgency around antiracism…. I want the library to be part of that conversation.”

“To teach American history only from the point of view of white men seems like a disservice to everyone,” Peltier says.

The education portion of the 1619 Project includes lesson plans, an archive of stories and photos, and podcasts. Peltier has incorporated the material into an assignment for 6th-graders where they document their lives during the pandemic and protests.

“I want the library to be a place where students feel included and can find their own history,” Peltier says. “The 1619 Project will definitely inform how I do things.”

Listen to the April bonus episode of our Call Number podcast for a conversation with Nikole Hannah-Jones.

Glasco thinks the stories of Black people are getting more attention since the uprisings of summer 2020, but wonders why those stories—Black Lives Matter, health disparities for people of color, police violence against Black people—were largely not being collected before 2020.

Makiba Foster, regional manager of the African American Research Library and Cultural Center at Broward County (Fla.) Library, shares this thought. With archivist and scholar Bergis Jules, she formed Archiving the Black Web, a project that aims to organize efforts to collect and contextualize social media and other internet content that focuses on the Black experience.

Foster describes the unique ways in which Black people use the internet: “Creating joy from pain,” she says. “And from pain, figuring out ways of celebration.” She adds that “social media has allowed us to memorialize lives when normal structures and systems deny us that kind of formal recognition and acknowledgement,” citing the online remembrances of Trayvon Martin and Breonna Taylor as examples. More broadly, social media helps communities chronicle “the fatigue of being Black in America.”

“Archiving this is important for future research,” Foster says. “Our project is to evaluate the landscape and create some kind of infrastructure to move forward. There is so much content.”

Prior to her work at Broward County Library, Foster worked at New York Public Library’s Schomburg Center for Research in Black Culture. There she created collections focused on content related to Harlem, including materials on businesses and organizations in the neighborhood. Before that, while at Washington University in St. Louis, Foster led a team documenting the protest movement in Ferguson, Missouri, after Michael Brown was fatally shot by a white police officer in August 2014.

Like the Blackivists, Foster sees a problem in leaving archiving exclusively to well-funded universities and institutions, which do not focus on those who aren’t “white and moneyed.” She says that race and socioeconomic factors come into play when those institutions decide whose stories to collect. “We are trying to create space for Black content creators to be part of a digital archive,” Foster says.

The archivists, curators, and librarians collecting Black stories have encountered shared challenges doing their work: There are more stories than archivists to collect them. Building an archive and sustaining it can be expensive. People often don’t see themselves as important enough to document.

“[The Blackivists] is a passion project for the most part,” Flores-Clemons says. “We’re not making gobs of money.”

The Black Male Archives is essentially a one-person operation, and Freeman says he spends at least $500 a month maintaining its website and security certificate. He uses his weekends and weeknights searching for content and promoting the archive on social media.

His work is paying off. The archive’s podcast, which features Freeman telling the stories of Black men from across the world, attracts listeners from as far away as France, Jamaica, Kenya, Lesotho, and South Africa. The archive is also finding use as a teaching tool: Freeman reports that a former librarian friend who is now an educator uses the Black Male Archives in his classroom; a doctoral student at University of California, Berkeley, is incorporating some of the stories from the archive into his dissertation; and in summer 2019, the Black Male Archives was selected for inclusion in the Library of Congress’s Web Archive.

Archiving the Black Web received a $150,000 grant in 2020 from the Institute of Museum and Library Services’ Laura Bush 21st Century Librarian Program to help facilitate its work, and has partnered with several entities including the Schomburg Center, the African American Museum and Library at Oakland in California, and the Spelman College Archives and Auburn Avenue Research Library in Atlanta. Archiving the Black Web also held a national forum in April that focused on strategies for collecting and preserving Black history and culture online as well as developing a community of practice for Black cultural memory organizations and practitioners interested in web archiving.

There is an urgency to archiving the Black experience, says Foster. “The average lifespan of something online is 90 days,” she explains. It can disappear, for example, “if someone didn’t pay a domain fee or declined to upgrade their web page.”

The ephemeral nature of this content makes capturing it both difficult and important. And ensuring it is documented correctly is crucial.

“I don’t want to see stories bastardized and diluted,” Glasco says. “I want to see ourselves in the historical record—not as an afterthought.” 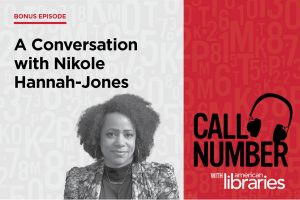 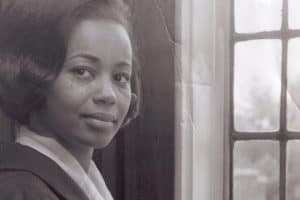