Programs for kids spark and normalize conversations about race

In September 2021, Brooklyn (N.Y.) Public Library (BPL) saw its first chance since the pandemic started to hold an in-person event—and used that opportunity to showcase antiracism work and programming it had explored over the past two years. As part of the Brooklyn Book Festival and in collaboration with the Brooklyn Children’s Museum, BPL presented two antiracist storytimes, along with a mini protest march, a selection of books that could be checked out, and other activities related to themes of race and social justice.

“It was just joyful,” says Jessica Ralli, coordinator of early literacy programs at BPL. “It was a very diverse crowd and majority nonwhite.” About 75 families attended the event, which was minimally marketed because of concerns about gatherings amid the spread of the Delta variant of the coronavirus.

“The content was timely,” says Ralli, “and people were excited that the library and museum were being open and honest in a way that was developmentally appropriate and kid-friendly.”

Around the country, some libraries are hosting antiracist storytimes and incorporating antiracist practices into existing storytimes. Others are inviting educators to train staff on how to begin the work needed to pursue such programming.

In the wake of the murders of George Floyd, Ahmaud Arbery, and other Black people, some libraries began looking for ways to dismantle racism within their own institutions. Offering programming to meet the needs of communities grappling with news headlines about racism and social injustice—including parents looking for ways to talk with their children about these issues—was critically important.

Ralli says BPL began laying the foundation for its part in the book fest by creating a working group of librarians interested in antiracism topics. Trainers brought in to talk with the group included musician and broadcaster Uncle Devin, who presented on the racism embedded in many children’s songs and narratives, and Woke Kindergarten founder Akiea Gross, who presented on what the recent movement in abolitionist education looks like for young children.

BPL’s marketing team created a tag that librarians at their 60 branches could use to brand any storytime or other programming, for adults or for children, as antiracist. “The idea is: ‘If you build it, they will come,’” Ralli says. “If we create this tag, they will add it to their calendars.”

Like some of the trainers who visited BPL, Denver Public Schools Library Services Specialist Janet Damon coaches parents and community members on how to talk with kids about topics such as race, implicit bias, and the characterization of Black people in children’s literature. She founded Afros and Books, an organization that advocates for access to books that explore diverse experiences.

Polarizing public fights over the teaching of critical race theory and other issues may be giving some libraries cold feet about advertising any programming as explicitly antiracist, especially in more conservative communities, Damon theorizes. But library workers remain highly interested in the training.

“When the pandemic was starting and the nation was starting to wrestle with the experiences of Black people, it was parents asking libraries [about] how to talk to their kids about what was happening on a national level,” Damon says.

Experts say it’s never too early to talk with kids about racial differences in developmentally appropriate ways. A 2021 Boston University study found that many parents misjudge when children first begin categorizing and ascribing characteristics to people based on race. Children may begin processing the concept of race before they’re even a year old; adults typically overestimate that age by four and a half years, according to the study. This misconception, along with factors like their own discomfort or fear of inflicting unintentional harm, may cause adults to delay conversations.

At Grand Rapids (Mich.) Public Library (GRPL), staffers decided to put on a virtual storytime called Let’s Talk about Race when in-person events were on hold during the pandemic. Before, they were already incorporating social justice tips into regular storytimes to help model ways for parents to broach these topics with kids.

“The first three times I brought these tips up, it was intimidating,” says Elizabeth Zandstra, youth services librarian at GRPL. “But it is important to talk about race with children. It is good. It doesn’t have to be a taboo subject.”

Zandstra, who is white, also stresses the importance of white librarians becoming involved with this work: “It’s important that it’s not just up to our Black coworkers.”

In addition to holding anti­racist trainings for staffers, experts recommend having institutional resources and support in place to deal with any challenges that might emerge.

“Do some background work and figure out what your own ideas are on race and racism,” Zandstra says. “Set yourself up for success—have some tips set up [in advance].”

While working as a librarian, Jessica Anne Bratt, GRPL’s assistant director and author of Let’s Talk about Race in Storytimes, started developing a framework and resources that could help other professionals celebrate diverse identities and normalize conversation about differences.

“I wanted to figure out if storytime was a space where you can build up empathy, especially around race,” says Bratt. “I would get my Black families coming up and thanking me and saying they felt seen. I would get my white families saying they didn’t know that was okay [for them to discuss].”

Her book provides tools for starting conversations, as well as self-reflecting and unpacking some of the baggage needed to approach the topics of race and justice authentically and without doing harm or appearing self-righteous. “Storytime is a space of power,” Bratt says. “And you can still have fun.” 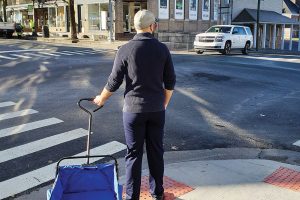 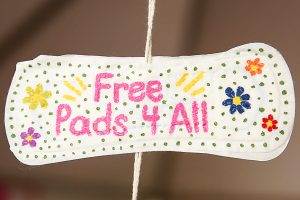 Librarians help get the word—and the products—out