Just a few days before the 2016 American Library Association Annual Conference and Exhibition, Christopher Murphy joined ALA as publisher for ALA Editions.

Murphy has nearly 30 years’ experience in editorial, production, and marketing positions at nonprofit organizations, most recently with the Association of International Educators (NAFSA), where he was senior director of publications and communications. He has a B.A. from Loyola University in Baltimore and a master’s from Catholic University in Washington, D.C.

Before packing his bags for Orlando, Murphy answered our “11 Questions” to introduce himself to ALA members.

Ever since my days as a student in Dublin when I was working on my masters in Irish studies I’ve been in the habit of drinking strong tea with milk in the morning. I still enjoy coffee on occasion and usually have a cup at work, but tea is my pick-me-up with breakfast most mornings.

What’s the first website or app you check in the morning?

Usually Outlook to see what is going on in email and my calendar. After that, I’ll check Facebook to see what’s up with friends and family.

I’ve had some great mentors over the years so it’s hard to pick just one or two things. One of the best that I’d highlight is that listening attentively is an often overlooked but very useful management skill. You can’t learn anything from anyone unless you take the time to really listen to them. Although it can sometimes be hard to put this into practice, I have always tried to remind myself to really hear what colleagues are telling me and be open to the idea that they may have a better way to solve a problem than I have. This has often resulted in the team coming up with a more effective final plan than any one of us would have been able to put together on our own.

What drew you to librarianship/ALA?

Ever since I learned to read, libraries have always been a favorite place for me. Whether it’s been finding the best and most useful sources for research on an academic paper or a professional article or just looking for a new or trusted author to delve into a great novel, libraries have it all. And librarians have often made my searches far more fruitful than they would have been if I were left to my own devices.

Most distinct aspect of your personal office?

Right now, not much. But once all my stuff catches up with me here in Chicago, I’ll likely put up some of my photography to decorate the office. Photography is my hobby and I’d like to put up a few scenic shots from my travels.

Although I’m certainly not a big drinker, I do love to indulge in the occasional fine whiskey of an evening. A bit of an expensive enjoyment, but well worth it, especially when shared with friends.

My first job that included a paycheck was as a busboy at an old Washington, D.C. restaurant chain called Hot Shoppes when I was 15. The only thing I can definitely say I learned from that experience was that I didn’t ever want to work in the food services industry again.

What do you hope to bring to ALA and members?

I’ve worked in associations for a long time and had many great experiences with association members. I hope that I can learn from the ALA members while also contributing my own understanding of the association publishing field to help ALA produce the best, most useful, and most successful resources possible.

If you had to choose any other profession, what would it be?

I’ve thought about using my writing and photography skills along with my knowledge of Ireland to do some freelance projects there after I retire. But that’s a good ways off at this point.

I have a tendency to get into more than one book at a time. Right now I’m listening to an audiobook that I started on the drive out to Chicago from Washington, D.C., Lamentation by C. J. Sansom. It’s part of a series of historical mystery novels set in Tudor England. I’ve read the others in the series and thought this would provide good entertainment on the drive and for the evenings here in Chicago for the next week or so since my girlfriend can’t join me here until July, and I’m rattling around in a mostly empty apartment. At the same time, I’ve just started reading a nonfiction book, The Immortal Irishman: The Irish Revolutionary Who Became an American Hero by Timothy Egan. It’s about Thomas Francis Meagher, a leader of the Young Irelanders in the 1848 rising against British rule who later escaped imprisonment in Australia (he was sent there by the British authorities after the rising failed) and emigrated to the United States. In the US he became a Civil War general on the Union side and eventually governor of the Montana Territory.

My iPhone rules my life. 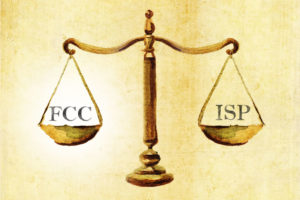 ALA and Libraries Win the Day on Net Neutrality 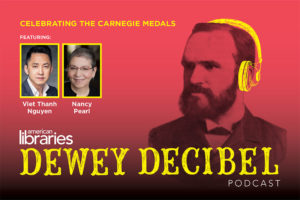