April Fools’ Day coincided with Easter for the first time since 1956. That didn’t put a damper on the April Foolishness at many libraries—instead, it simply egged on many jokesters. Here are some of our favorite pranks from this year.

Noting the popularity of Bertie, the library cat at the University of Nottingham (England) Hallward Library and inspired by Nottingham’s Kitty Café, Hallward Library announced that it would turn its top floor into the #Cattic, where students can study surrounded by cats. “We’re working closely with our vet school to ensure the safety and welfare of the cats,” the library promised.

Or, if you prefer dogs

Two years ago, Duke University’s Perkins Library hired several full-time canine staffers. This year, Duke recognized the university’s canine leadership by adding a portrait of Nugget, a golden retriever who has become a fixture on campus, to the Gothic Reading Room on the second floor of its Rubenstein Library. Nugget’s visage will join other notable figures in the university’s history, such as the university’s namesake Washington Duke, chief architect Horace Trumbauer, and all 14 of the university’s presidents.

And on the other hand

The W. E. B. Du Bois Library at the University of Massachusetts, Amherst, is the tallest academic library in the world, and staffers produced a video showing a rather unusual visitor—or at least his very large, furry arm. It is unclear whether he was looking for books on dinosaurs, theater, or architecture.

All patrons great and small

Libraries exist to serve all people, big and small, so the Allendale branch of Pasadena (Calif.) Public Library shared completely unretouched photos of patrons so tiny they could fit inside a person’s hand.

In a video, the University of West Florida Libraries in Pensacola announced that new rules meant its librarians could now only provide assistance finding information about Jimmy Fallon, Bruno Mars, and Parmesan cheese. The video was quickly revealed to be a prank, as everyone knows that librarians are #teamcoco.

Shelved in the restricted section?

We are very excited to add an invisibility cloak to our Library of Things collection! This is an incredible opportunity for the community of Hillsboro to try out cutting-edge technology, so be sure get your hold request in soon. You can find it in the catalog here: http://ow.ly/XDwO30jfGkm #LibraryOfThings

Hillsboro (Oreg.) Public Library expanded its Library of Things, which already includes a DIY tattooing kit and live circulating snakes, to include a beta test of an invisibility cloak. Please note that patrons are not allowed to use it to roam the library after hours.

Returns, however, are difficult

The University of Roehampton Library in London, England, announced that it would introduce the world’s first circulating collection of edible books by September 2018. Students will be permitted to borrow each item for two weeks. It is unclear whether the items have edible barcodes or RFID tags, or if they will need to be manually checked out.

Audiobooks are deservedly beloved, but what if the title you’re looking for isn’t available—or worse, narrated by Gilbert Gottfried? Sacramento (Calif.) Public Library has solved both of these problems by introducing the ride-along-readers service—actual humans that patrons can check out to read books to them in the car. Sadly, some readers do smoke, are backseat drivers, litter, or get carsick, but that’s a small price to pay.

But does she know Taylor Kitsch?

The Missouri Library Association regularly profiles library employees on its website. April 1, it featured Bibi Phile, a connoisseur of fine and rare books who works at the John Carter Memorial Library Vault in Valles Marineris, Mars. While her insatiable taste for old books began with 18th-century cookbooks, her palate soon expanded to books from the 17th and 19th centuries as well. One of her greatest challenges is getting staples from the binding of modern publications stuck in her gums, but her career has fueled an incredible curiosity—about the chemical composition of book paste.

A whale of a prank

Mango Languages, provider of online language-learning courses offered by many libraries, announced a comprehensive series of Whale language courses, crafted by certified linguists “alongside expert marine biologists and cetologists to ensure that every conversation is practical and grammatically correct.” The course promised to teach students how to use possessive adjectives, form the structure of a whale song, conjugate irregular clicks, and use whale pod pronouns.

Up in the air

Greene County, Ohio, is located just outside Dayton, home to the Wright Brothers and the Wright-Patterson Air Force Base. Greene County Public Library decided to recognize its aviation heritage by launching the Biblioblimp, providing library service to more than 600 docking stations, towers, flagpoles, trees, and passing clouds throughout the county, because “fairies, dragons, and pegasi need libraries too.” The Biblioblimp carries more than 8,000 books of light fiction and the complete works of Led Zeppelin.

GREG LANDGRAF is web content specialist at Greene County (Ohio) Public Library and was responsible for the Biblioblimp. 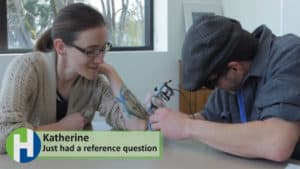 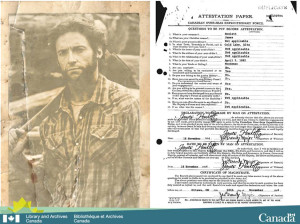