The Center of the Community

Author Chris Bohjalian watched in 1998 as floodwater ravaged the public library in his home of Lincoln, Vermont, destroying 80% of its collection. Dozens of dismayed neighbors, ages 8–80, rallied to pull buckets of water from the building to save what they could, Bohjalian told librarians at the 2019 Association for Rural and Small Libraries (ARSL) Conference, held September 4–7 in Burlington, Vermont.

“Almost without exception, at one point that morning, each [person] was crying,” recalled the New York Times–bestselling novelist. “They would not have cried for the loss of CD-ROMs, but they cried for books … they cried for their community center.”

But Lincoln’s is not just a story of loss, Bohjalian explained in a lunchtime session on September 6. Two years later, the community opened a new library—far from a floodplain—thanks to small, often $5 and $10 checks that poured in from strangers across the country who knew the value of a small-town library.

“They heard about the loss of a library in a village of just over 1,000 people and wanted to help,” he said. “That is the importance of what you do. And we don’t say thank you enough.”

As defined by the Institute of Museum and Library Services (IMLS), a “small library” is one with a legal service area population below 25,000—but among the ARSL Conference crowd, a library of 25,000 was a giant. Many attendees represented communities with just a few hundred or a few thousand residents; in some cases, an individual conference attendee was the library’s sole staffer.

For example, it was to the Miami Lakes (Fla.) branch library that Bohjalian went to read when he was outfitted with orthodontic headgear as a kid and was unable to speak for hours each day. And he rushed to the Fletcher Free Library in Burlington in his 20s when his debut novel, A Killing in the Real World, had its first painful review. (The reviewer’s opinion of the book? “Should any of your patrons ask you to do an interlibrary loan request for it, just say no,” he insisted.) Twenty books later, Bohjalian’s work has been translated into 35 languages and made into three films. He continues to live in rural Vermont and support his local libraries. 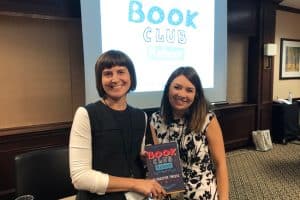 Book Clubs, the Census, and the Five Es

A roundup of programs at ARSL 2019 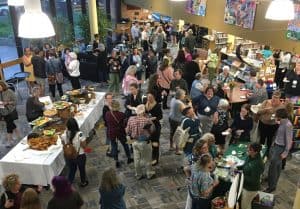 The power of storytelling and engaging millennials