Save the Internet Bill Introduced

On March 6, House and Senate Democrats introduced the Save the Internet Act of 2019 to restore net neutrality. Advocates in favor of net neutrality, including the American Library Association (ALA), are coordinating a digital push beginning March 11 in support of the bill.

In February 2015 the Federal Communications Commission (FCC) approved an order that gave internet users the strongest net neutrality protections to date, after a rulemaking process that generated the greatest number of public comments in the agency’s history. Those rules limited the power of internet service providers (ISPs)—like Verizon and Comcast—to slow websites, block mobile apps, or in any way control the information we access. But in 2017, the FCC undid those rules.

The Save the Internet Act, only three pages long, reverses the FCC’s 2017 ruling and reinstates essential protections from 2015.

At the same time, there is ongoing litigation about the issue. In Mozilla et al v. Federal Communications Commission (FCC), consumer groups and companies have sued the federal government to restore enforceable net neutrality protections.

ALA has been on the front lines of the net neutrality battle with the FCC, Congress, and the federal courts for more than a decade, working in coalition with other library and higher education organizations as well as broader coalitions of net neutrality advocates. Last August, ALA filed an amicus brief in support of Mozilla, and today ALA supports passage of the Save the Internet Act of 2019.

Starting March 11, ALA and coalition partners are asking supporters to email and tweet at members of Congress and ask them to support the Save the Internet Act of 2019 to restore strong, enforceable net neutrality rules. If members have already supported the act, thank them for their work to protect the open internet and equitable access to online information.

ELLEN SATTERWHITE is a fellow of ALA’s Public Policy and Advocacy Office and vice president with the Glen Echo Group in Washington, D.C. 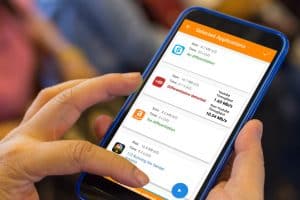 What the future holds in Mozilla case 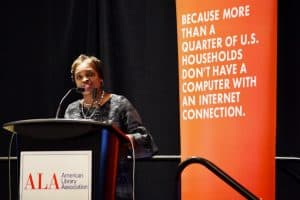