Participants at the conference got a chance to tour the lab and other innovative tech-centric initiatives at the library during the two-day event. The Maker Lab has a little over a month left at Harold Washington, before the temporary program ends on December 31.

The Maker Lab is the first experiment with CPL’s Innovation Lab, according to Commissioner Brian Bannon. Librarian John Christensen, who works in the Maker Lab, tells American Libraries that MakerBot 3D printers, which create three-dimensional objects with liquid plastic, are the lab’s most popular feature. Classes that show how to use the machines are always full, he says.

One exercise allows patrons to perform a 3D scan of their head and shoulders using the camera from an Xbox Connect videogame console. Students then use the MakerBot to create a plastic replica. “Someone has written software for [the Xbox], so it can take the information from scanning a person and put that into a file to reprint,” Christensen says.

The lab also offers classes in Sculptris, a free digital sculpture program that enables patrons to design and print 3D figures. One student recreated a three-dimensional skeleton, Christensen says. Along with the printers, the lab has a full-spectrum laser cutter for cutting acrylic and a vinyl cutter that can make stickers, iron-ons, and temporary tattoos, among other things.

The lab opened to the public at the beginning of July and is funded until the end of 2013 through a grant from the Institute of Museum and Library Services. Christensen says the program could be extended a few more months, but once the lab closes the MakerBots and other equipment will remain in the library system, possibly at CPL branches.

Christensen says the Maker Lab program has attracted attention and interest from other libraries wanting to start their own labs. It’s also raising eyebrows in the business community, winning a 2013 Chicago Innovation Award for Social Innovation in October.

“We are a victim of our own success in a sense because so many people want to see us keep [the Maker Lab], and we’ll probably keep elements of it, but the lab space is designed to change,” Bannon says.

CPL’s Innovation Lab isn’t the only place patrons will find 3D printers. Teens also have access to the machines at Harold Washington’s YOUmedia learning area.  The space, which attracts about 500–600 visitors a week, also features a vinyl cutter, laptop and desktop computers, a Sony PlayStation 3, an audio recording studio, and thousands of books.

Librarian Matt Jensen says the printers in YOUmedia “get a lot of use.” The learning space also provides students with access to mentors in photography, music, and graphic design, among others, Jensen says.

The Maker Lab program also dovetails with CPL’s Geeks in Residence program. The program is currently home to Public Good Software—established by former members of President Barack Obama’s reelection campaign—which serves as a mentor and consultant to entrepreneurs. The company also provides classes at CPL on entrepreneurship in exchange for space at the library.

Bannon describes the Geeks in Residence program as an experiment that aims to deepen the library’s “connection with the business community and help small businesses connect with one another and find success.”

Although the Maker Lab program is nearing its end at the library, don’t expect the YOUmedia or Geeks in Residence programs to go away any time soon. As for what replaces the Maker Lab once it’s shut down, Bannon revealed, “Probably something with music.” 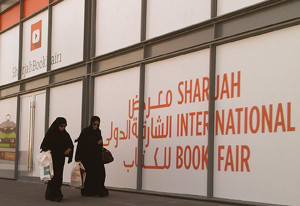 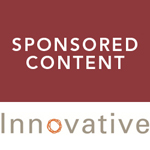 Distilling the Innovative Story into Video

One of my priorities over the last year has been to seek out Innovative customers and members of the broader library community to listen to their ideas about the technology challenges and opportunities facing libraries today.