GraphiCon 2015, a mini-conference sponsored by ALA’s Graphic Novels and Comics in Libraries Member Initiative Group held during the 2015 ALA Annual Conference and Exhibition in San Francisco, kicked into action on Friday afternoon with a forum featuring comic artists and writers exploring diversity in comics, particularly in regards to gender and LGBTQ representation. The timing of the conversation was particularly prescient—just hours before the first panel commenced, the US Supreme Court announced its decision legalizing gay marriage in the United States. The news rippled through the four-hour-long event, but didn’t alter the conversation: Diversity is still needed in today’s comics and comics industry.

The first panel, titled “His, Hers, and Theirs: Gender and Comics” discussed how gender is portrayed in comics, the visibility of different gender identities, and the lack of representation in comics. Asked when she first became aware of gender in comics, artist and comics historian Trina Robbins (From Girls to Grrrlz, Pretty in Ink) noted that she wasn’t aware of it as a child in the 1940s and 1950s. Female characters were strong then, she said. Once she started working in the industry in the 1970s and 1980s, she felt it when her work was rejected from Marvel and D.C. for being “girl comics.”  The publishers believed that girls didn’t read comics. “I knew damn well that wasn’t true,” Robbins said. “My friends and I were reading them.”

Brendan Fletcher, writer of Batgirl, described how collaborating with women influences his work and gender portrayals. “I have the fortune of working with amazing women,” he said. “They’re an amazing resource. Nothing goes on the page that they don’t see first.”

The second panel, “Out of the Closet and Into the Library: Queer Comics Are Here,” looked at the changing history of queer characters and story lines in comics and the young voices who are leading that change.

Discussing the changing reactions to queer comics throughout the years, the panelists agreed that it has become less of a niche. The widening readership is attributed to a cultural shift but also to strong story lines, they said.

“I try to write stories about people who just happen to be gay. It’s who they are,” Ed Luce (Wuvable Oaf, Henry & Glenn Forever and Ever) said. “It’s a story first whose hero just happens to be into guys. There’s a hunger for that.”

Noelle Stevenson (Nimona, Lumberjanes) raised concerns about the future, though; that queer comics are unwittingly becoming part of a trend. “Sometimes I worry about the future of [queer] comics,” she said. “The second we’re not selling anymore, I hope we don’t have to stop.”

The panelists opined on the possibility of that happening, but agreed that regardless of the fickle financial turns of the publishing world, their work is here to stay.

The final panel, #WeNeedDiverseComics, explored how the comics industry and its audience are changing to meet the demand for increased diversity.

“There’s a lot of white guys in the Marvel universe; D.C. too,” said Jeremy Whitley, creator of Princeless, a comic about a young princess who bucks expected gender stereotypes. “I’m drawn to telling stories I want to see and don’t see. And things that I want my daughter to see.”

Artists and writers across all three panels agreed that librarians are at the forefront of helping to change contemporary gender representations in both comics and media at large.

“I’ve always said that librarians are my friends,” Robbins said. “I’ve had many tell me that they look for titles featuring strong female characters and others for their collections.”

“It’s a matter of timing. [Diversity] is at the forefront of the media right now,” she said. “It’s up to librarians, teachers, and us to continue the change.” 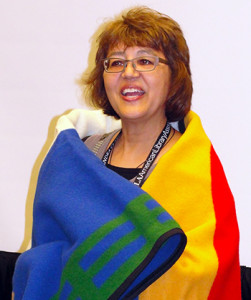 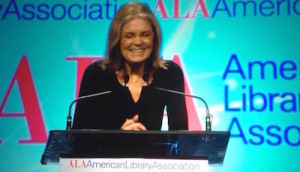