American Library Association (ALA) President Julie B. Todaro called the meeting to order at 7:31 on Tuesday morning.

ALA Treasurer Susan Hildreth reviewed the FY2018 Preliminary Budget and the FY2018 Budgetary Ceiling (CD#13.3). A motion to approve a budgetary ceiling of $66.7 million passed.

Ann Dutton Ewbank, chair of the Committee on Legislation (COL), highlighted accomplishments of COL in the past six months (CD#20.1), including the Fight for Libraries campaign, the Corporate Campaign for Funding, and National Library Legislative Day.

ALA Executive Director Keith Michael Fiels reported on the final registration totals for the Annual Conference in Chicago: 16,192 attendees and 6,510 exhibitors, for a total of 22,172 registrants. This compares with 16,395 registrants in Orlando in 2016 and 22,136 registrants for San Francisco in 2015.

The meeting adjourned at 8:14. 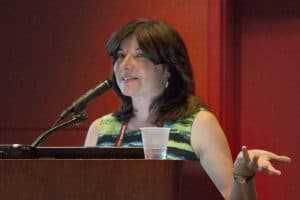