“There is no truly sustainable development without access to information, and no meaningful, inclusive access to information without libraries,” International Federation of Library Associations and Institutions (IFLA) President Donna Scheeder told the delegation at the Closing Session of the World Library and Information Congress (WLIC) in Wrocław, Poland, on August 24.

Scheeder, addressing the crowd for the last time as president before Glòria Pérez-Salmerón’s term begins, emphasized the organization’s commitment to supporting the United Nations’ 2030 Agenda for Sustainable Development and strengthening regional strategy during her term. “I never imagined we would travel so far together, so fast,” she said. “You create the kind of change that you want to see for your libraries and yourselves.”

Presentation of awards and recognition

Datuk Rashidi bin Hasbullah, the deputy secretary general of the Ministry of Tourism and Culture for Malaysia, was on hand to promote the 2018 IFLA WLIC, to be held in Kuala Lumpur. “It is exactly one year from today,” he said to applause. “I’m very positive that the WLIC in Malaysia will continue the same tradition, and we’ll show you that Malaysia can offer the best meeting experience to all delegates.”

The location for the 2019 IFLA WLIC was not announced at the Closing Session. The IFLA governing board is giving candidates more time to develop their bids, and an announcement is expected by the end of 2017.

IFLA Secretary General Gerald Leitner announced that the conference was attended by more than 3,000 people, and more than 23,000 tuned into the livestream of the conference.

The Polish National Committee thanked the delegation for making the trip. Dutkiewicz professed his own commitment to multiculturalism and the importance of organizations like IFLA. “I deeply hate everything that is connected with nationalism,” he said to a crowd representing 120 countries, to a standing ovation. 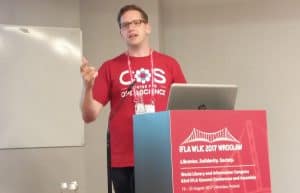 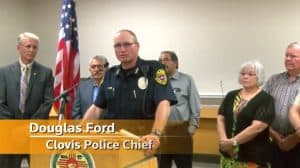