With less than two weeks left before Macmillan Publishers’ planned embargo of new ebooks to libraries, one library system announced last week that it will not buy affected titles from the publisher.

King County (Wash.) Library System (KCLS)—which has led the US in digital lending for five consecutive years, with more than 4.8 million checkouts of ebooks and digital audio—has decided to protest against Macmillan Publishers’ decision to embargo ebook titles. “We don’t like them dictating our business model. They’re making a business decision, and so are we,” says Lisa Rosenblum, director of KCLS. “It just really cuts into what our main goal and purpose is, which is access to all.”

First announced in July, Macmillan’s plan will restrict library access to one copy of new ebook titles for the first eight weeks after release. The embargo is scheduled to start November 1.

The American Library Association has denounced the plan, and its #eBooksForAll petition against the embargo has received more than 130,000 signatures.

“Macmillan said libraries are cannibalizing their sales. I haven’t seen any data to support it,” Rosenblum says. “They need to make money—nobody is disputing that. But we’ve always been supportive of book publishers. It’s just very distressing.”

Patrick Losinski, CEO of Columbus (Ohio) Metropolitan Library, who was part of ALA’s September 11 press conference announcing its #eBooksForAll campaign, says some of the problems regarding sales come from data being elusive.

“I think there is a lack of clarity around the available data and what the data might be telling us, both from publishers’ standpoint, from the authors’ point of view, but also public libraries,” Losinski says. “This makes the challenge difficult, because while public library data may be open and available because it is public, much of the publisher data is likely proprietary, business intelligence. We might not be able to get to that information, and as a result, there can be some assumptions on all sides here about what the data is telling us.”

One of the positives that has come out of Macmillan’s proposed embargo, Rosenblum says, is that it has sparked a national discussion about ebook pricing models. Libraries have to pay five to six times the retail price for digital books.

“You could buy a book from Amazon for 10 bucks; we’ll pay typically $60 for that book,” she says. “And what everybody needs to remember is this is all taxpayer money, so the fact that they’re charging us six times what a consumer would pay is unfair on all counts. Because we need to buy it, we’re a public library. We have no options here.”

Losinski says this issue may change how we look at copyright, the first-sale doctrine, and whether the same rules will apply as they have for more than 100 years with regard to public libraries’ ability to purchase and lend materials.

“At the end of the day, we’re likely to see legislative and government and probably federal review of these issues,” he says. “There’s going to be a lot of dollars spent on legal services as we figure it out. And that’s unfortunate because I’m sure both publishers and public libraries and associations would rather use their dollars for enhancing what we already have.” 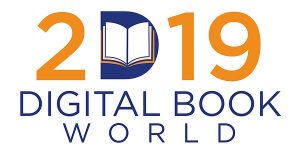 ALA and OverDrive discuss the future of libraries