At the Closing Session of the Public Library Association (PLA) 2022 Conference on March 25, PLA President Melanie Huggins praised those who organized and attended amid pandemic obstacles. The hybrid conference saw a total of 6,005 registrants for both the in-person and virtual conference components.

“You should be proud of the results,” she told the PLA board, conference committee, and staff who created a safe and stimulating atmosphere in Portland, Oregon, and a seamless experience for the more than 1,000 people who participated virtually. “It’s so amazing to see this Closing Session so full!”

Huggins thanked attendees for their thoughtful questions and being vulnerable in their quest to share and learn: “You were your authentic, brave selves, and that was a gift.”

The night before his talk at PLA 2022, actor Kal Penn ran into three inebriated librarians—“very kind and very fun and a little slurry”—at his hotel. The people he encountered, Penn said, had an incisive question for him: “As an actor perhaps best known for playing a stoner and doctor, what made you qualified to work at the White House?”

In his Closing Session speech, the actor, producer, former associate director for the White House Office of Public Engagement, and author of the memoir You Can’t Be Serious (2021), recounted the story of his journey from Hollywood to public service.

“I’m a gigantic nerd who is also a product of public education,” said Penn. The child of Indian immigrants growing up in New Jersey, he was always reading and was a fixture in his public library’s quiet room, where he would study for exams and write college essays. On these trips, he was often accompanied his grandparents—both teachers who loved books.

Penn’s thirst for knowledge supported his incredibly divergent interests. By 2007, he was playing a doctor on the TV drama House, pursuing a graduate certificate in national security, doing antipoverty work with nongovernmental organizations, and started campaigning for then–US Sen. Barack Obama, an underdog in the presidential race who was down by 30 percentage points in polls.

“You don’t have to shout from the rooftops or let everyone know in an attention-seeking way that you’re making a difference,” said Penn, relaying a piece of advice his grandparents gave him. “Hence me telling everyone at this conference,” he joked.

After traveling to 26 states with the Obama campaign, Penn saw a place for himself in public service, even if he didn’t know what the next steps were. “I thought, if I am actually qualified to do something, why wouldn’t I? What possible excuse would I have for not serving my country? ‘Sorry, Mr. President, I have another stoner movie to make’?”

So Penn applied for a position at the White House by uploading his résumé onto change.gov, the Obama-Biden transition team website. But it wasn’t until his acting manager Dan (“I describe him as every character in the HBO show Entourage”) blurted out to former First Lady Michelle Obama at an inaugural event that Penn had applied did the Obamas know he was interested. Penn remembered Barack Obama asking: “Man, why didn’t you just call somebody?”

Penn ended up taking a position in the White House that focused on engaging youth, Asian American and Pacific Islander, and arts communities. “But the bigger lessons for me were about this thing that we call imposter syndrome,” Penn said. “That despite being qualified, despite putting in the work, somewhere along the way I had trained myself to somehow lack the agency I had in making my voice heard.”

Ultimately, Penn said, it was books that propelled his aspirations. “Whether it was fiction, whether it was information, or passion, or escape,” he said, “all of that meant that there was immense possibility.”

With a 40-game streak, Amy Schneider became a fixture in many households as the second-winningest contestant in Jeopardy! history. At her Big Ideas session Friday morning, the trivia champion did what she has done best: answered questions. The openly transgender software engineer from Oakland, California, talked about how she prepared for the show, what her victories mean for trans visibility, and how libraries affected her life.

For Schneider, who said it took 13 years to fulfill her lifelong dream of being on Jeopardy!, having the right competitive mindset was more important than memorizing facts. “[I had] a metastrategy of focusing on reducing distractions and complications,” she said. It was about staying in the moment “and just telling my anxieties, ‘Hey, this is not the moment for you.’”

To get in this headspace, Schneider listened to a preshow playlist. Eminem’s “Lose Yourself” helped the contestant hone her killer instincts. “Once I got going, I was like, ‘These people are coming for me, they’re coming for my future house!’” she joked. “I know that this is your dream, too, but sorry!”

Keeping her winning streak a secret was hard, Schneider admitted. “Only a very small number knew, more than I should have told,” she said. “It was uncomfortable hiding something so important from the people in my life…. Ever since transitioning, I tried to be as open and honest as possible, because I was hidden for so long.”

Schneider’s frequent wins meant trying to manage a day job and errands in between an exhaustive taping schedule. “It felt like 20 years I was filming these episodes—I don’t know how [Ken Jennings] did it,” referring to the Jeopardy! contestant with the longest winning streak with 74 consecutive wins. She joked that she was a week away from fabricating her contestant anecdotes.

Though Schneider got more comfortable on stage as her streak progressed—“a thing that helped was I knew that this was a show we were putting on,” said the former theater kid—watching the episodes was initially awkward for her. “I wasn’t happy with my appearance [and] whatever body issues I had, but I knew this would force me through that.”

It was important for Schneider to present her authentic self. “I wanted to show some of the things I was insecure about, like my voice and thinning hair, because that’s what a lot of trans women go through,” she said, a move she believes resonated with viewers. “I have a friend [who] works for Trans Lifeline, and they said that they had a whole little tag in their system for Amy Schneider.”

For aspiring Jeopardy! hopefuls, Schneider had this recommendation: “Don’t make it homework.” It’s not just about the knowledge, she said, but also “how to untangle the wording so you know what the question is asking.” And, she added, “[Get] comfortable with the fact that you might lose in your first episode.”

Schneider had high praise for libraries, crediting them with laying a foundation for her success. “I only recently learned how tight our money situation was as a kid. Libraries were such an important part of that puzzle,” she said. When Schneider’s dad got laid off from his job in his 50s, he returned to college to get an MLS and began working at a library.

“That love of reading and having that curiosity and excitement,” Schneider observed, “is what got me here.”

Representation matters. At “After the Collection Diversity Audit,” a March 25 session at PLA 2022, presenters showed strategies for how to improve collection development policies and diversify holdings so that everyone can see themselves in the library.

There are three primary methods for conducting a diversity audit: a complete audit, a random sample audit, and list checking (often known as a reverse audit). At CRPL, Voels and her team undertook a three-year study randomly sampling 20% of the library’s young adult (YA) fiction collection. Measuring books by their covers and summaries, CRPL concluded that only 15.87% of the collection included protagonists outside of the white, cisgender, able, heteronormative narrative.

“We used that information from that first audit to really change how we purchased items,” Voels said. The library was able to increase diverse titles to 35.5% by 2021.

“Our philosophy has so far focused on staff education, collection promotion, and policy changes,” Gates said. One area her library set out to improve in the process was catalog subject headings. “You might be inadvertently hurting your patrons with outdated language,” she said. “In some cases I have decided not to wait for the Library of Congress to change its headings.”

Besides an audit, readers’ advisory and displays are other ways ECPL learns where gaps in representation are. When a family asked for more picture books on Diwali, the library used that as an opportunity to make its holiday selection more inclusive, said ECPL children’s librarian Amberlee McGaughey.

After an audit concludes, diverse titles should be promoted through displays, bookmarks, book bundles, programming, and other methods, the presenters recommended. Weeding is also important to ensuring a collection is relevant, modern, and inclusive. But Celia Mulder, head of collection management at Clinton-Macomb (Mich.) Public Library (CMPL), cautions that circulation numbers shouldn’t be a definitive benchmark for removal. For instance, at CMPL, books about Kwanzaa and Hanukkah don’t circulate as widely as others. Going by circulation numbers alone would “risk removing all of the representation on those holidays,” Mulder said.

Presenters acknowledged there are many tools on the market to help with audits—such as Diverse BookFinder’s Collection Analysis Tool, Follett’s Titlewave, Ingram’s iCurate inClusive, Baker & Taylor’s collectionHQ, and others—but perhaps more crucially, librarians should seek buy-in for this work.

“I’m going to be honest, not everyone is invested,” said Mulder. They recommend getting staff—especially directors and those handling the library’s social media accounts—on board, as well as addressing equity, diversity, and inclusion in the library’s collection development statement.

You might get pushback, Mulder warned. “That’s a great sign for us because that means people are noticing things.” 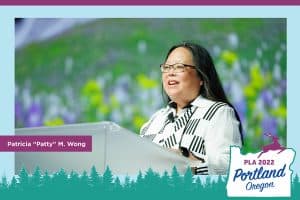 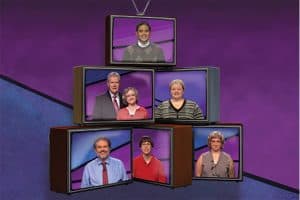