The closing session of the 79th World Library and Information Congress (WLIC) of the International Federation of Library Associations and Institutions (IFLA) August 22 offered the 3,750 attendees from 120 countries a recap of 224 sessions held over six days in Singapore. Along with thanks to the local organizers and volunteers for making the conference possible, came the announcement that Cape Town, South Africa, had been selected as the 2015 venue for the 81st WLIC. The selection of an IFLA venue is a competitive process that involves a tremendous commitment on the part of the local organizers. 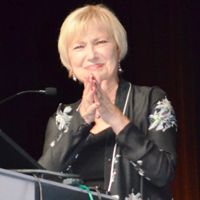 IFLA President Ingrid Parent ended her two-year presidency in Singapore with heartfelt thanks for having been “an ordinary person blessed with extraordinary opportunities.” Working together across disciplines and borders, she said, librarians “improve the human condition.” It is “not our differences, it is our commonalities” that hold us together, she said, advising members of the federation to “think globally, act nationally, and deliver locally.”

Parent passed the gavel to incoming president Sinikka Sipila of Finland, who had held a planning session earlier in the day to flesh out her theme of “Strong Libraries, Strong Societies.” Sipila noted that 80% of the population in her country uses public libraries regularly.

The closing session included the presentation of a number of annual awards. Notable among them was the “Best Poster” award to Shiho Suzuki of Japan for her poster titled “The Librarians of Fukushima,” dealing with the aftermath of the nuclear power plant disaster of 2011.

Earlier in the day, Victoria Owen and Winston Tabb from the US, Francisco Martinez Calvo from Spain, Denise Nicholson from Australia, Harald Muller from Germany, and Ellen Broad from the IFLA staff in the Netherlands turned the arcane details of international copyright law into a lesson in persistence for the library world. They are all working with the World Intellectual Property Organization (WIPO) through IFLA’s Committee on Copyright and Other Legal Matters to develop “exceptions and limitations” for libraries in international treaties, and they declared the recent Marrakesh Treaty (PDF file) a milestone for libraries. The WIPO treaty will take effect when 20 countries ratify it before 2014. It will put accessibility provisions in place for the world’s 285 million people who are visually impaired.

Tabb spoke passionately about the way in which libraries have struggled for representation in WIPO and emphasized that it is up to librarians to “understand your country’s copyright provisions,” especially with regard to digital publishing.

The IFLA conference concluded August 23 with a meeting of the Governing Board and a choice of 25 library visits, ranging from a trip to the National Library of Singapore and Central Public Library to a visit out of the country to the University of Technology Malaysia Libraries. The 2014 IFLA WLIC meets in Lyon, France, August 16­–22. 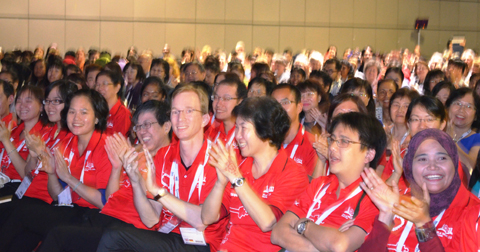 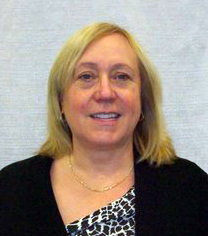