IFLA: Looking Back, Looking Ahead

Awards, honors, and on to Dublin

Participants of the 85th annual International Federation of Library Associations and Institutions (IFLA) World Library and Information Congress (WLIC) gathered to say farewell to Athens, Greece, at the Closing Session on August 29 and look to the future.

Current IFLA President Glòria Pérez-Salmerón (2017-2019) gave her farewell address in which she expressed her belief in a shared mission and encouraged attendees to do more together. Libraries are equalizers and catalysts, she said, and should look for opportunities to do more and do better. IFLA and its librarians have worked toward the UN Sustainable Development Goals in libraries, to end hunger and poverty and increase access to information. Challenges such as climate change require a shared response from the world’s libraries, she said, and with confidence, optimism, and advocacy, librarians can do it.

The Best IFLA Poster was given to Donatas Kubilius of Lithuania, who presented a case for makerspaces in libraries as community builders. IFLA Scrolls of Appreciation were awarded to Jeanne Drewes, chief of binding and collections care at the Library of Congress, for her distinguished contribution to international librarianship, particularly in the field of preservation and conservation; and Steven W. Witt, associate professor and head of the International and Area Studies Library at University of Illinois at Urbana-Champaign, for his extensive contributions to IFLA and to international librarianship, particularly in research and publications.

IFLA Medals were given to Kai Ekholm, former national librarian of Finland, for his leadership of the Committee on Freedom of Access to Information and Freedom of Expression, and to Barbara Schleihagen, executive director of the German Library Association, for her support of library associations and young professionals and her contributions to IFLA’s Governing Board.

IFLA Past President Donna Scheeder was also named an Honorary Fellow for her achievements, dedication, and service to IFLA, particularly in the areas of IFLA’s organizational transformation and in advocacy for libraries within the UN Sustainable Development Goals. Scheeder has served on multiple IFLA working groups and on five IFLA Governing Boards.

Attendees welcomed incoming IFLA President Christine Mackenzie and 2019–2021 Governing Board members. The theme for Mackenzie’s presidential year will be “Let’s Work Together.”

Next year’s WLIC will be held in Dublin, Ireland. The host city for WLIC 2021 will be Rotterdam, the Netherlands. 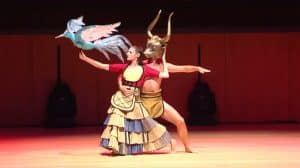 The 85th World Library and Information Congress opens in Athens 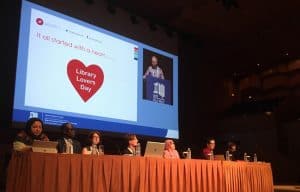 Sharing research and stories in Athens