After a nationwide search, the American Library Association (ALA) announced Kathi Kromer as the new associate executive director (AED) for its Washington, D.C., office on June 1. She will start on June 5.

Prior to joining ALA, Kromer was vice president of strategy and outreach for the Amyotrophic Lateral Sclerosis (ALS) Association for 11 years. While with the ALS Association, she created and executed public policy and outreach strategy, with the goals of raising awareness, improving the lives of people with ALS, advancing ALS research, increasing organizational and government funding, and creating strategic partnerships. She worked collaboratively in cross-functional teams to integrate mission priorities of advocacy, care services, and research.

While with the ALS Association, Kromer also:

She has a master of arts in international commerce and policy from George Mason University and a bachelor of arts in history and political science from University of Pittsburgh. She also has more than 20 years’ experience working with Congress and state governments. 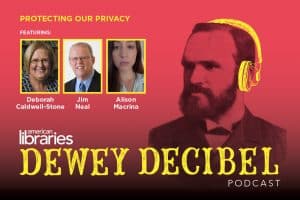 Episode 14 explores how to safeguard library and patron privacy 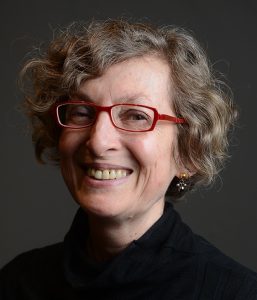 An interview with the new associate executive director for ALA Publishing