Libraries across Kentucky face an uncertain future in the wake of recent court rulings against two libraries in the northern part of the state.

On April 2, a Kentucky circuit court ruled that Campbell County Public Library has improperly raised its property tax rates since 1978. On April 11, a circuit court handed down a similar ruling against Kenton County Public Library, stating that it has improperly raised property taxes since 1967. The libraries were found to have not followed state law by raising tax rates without petitioning and gathering voter approval, which is required of libraries formed by petition. Lawyers for both libraries claim otherwise, maintaining that House Bill 44, passed by the Kentucky General Assembly in 1979, gives libraries taxing district status and allows them to raise tax rates by 4% without petition. Campbell County Circuit Court Judge Julie Reinhardt Ward and Kenton County Circuit Court Judge Patricia Summe both stated that House Bill 44 does not nullify the statute requiring petitions for tax hikes, however.

“We don’t know the immediate ramifications of the suits, but it would be devastating,” said Lisa Rice, president of the Kentucky Library Association. “We’re trying to plan for all possible scenarios. We fully expect other lawsuits to happen.”

Moving forward, the Kentucky Library Association has hired a consultant to help strategize and is working with Friends of Kentucky Libraries on statewide advocacy. Kentucky authors and local chambers of commerce have also been contacted as potential partners in the fight.

The American Library Association is monitoring the situation.

“The lawsuits allege that public libraries have illegally received an increase in tax revenues,” said American Library Association President Maureen Sullivan. “If successful, the lawsuits place library service in jeopardy for the thousands of families, seniors, and community members who depend on free access to technology, educational programs, and job-seeking assistance.”

Poems While You Wait at Deerfield (Ill.) Public Library 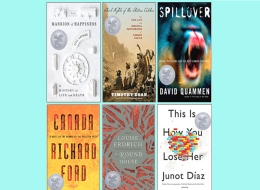