Prior to the official kick-off of the 2014 ALA Annual Conference and Exhibition in Las Vegas, OCLC hosted a symposium on Friday, June 27, focusing on the “internet of things” (IOT)—the trend in technology moving toward automation and digitally connecting analog items.

Lisa Carlucci Thomas, director and founder of Design Think Do, gave an introduction to IOT and to the symposium’s featured speaker, Daniel Obodovski, coauthor of The Silent Intelligence: The Internet of Things.

With IOT, everything from GPS tracking of children, cargo, and endangered animals to monitoring a pregnant woman’s unborn child for health concerns, is possible. These smart devices collect real-time data from users to better serve and anticipate their needs. Businesses can know exactly where products are, which items are most in demand, and how long it takes for something to get from point A to point B. In health care, smart devices have the potential to make very large ripples, as they would allow doctors to monitor if certain treatments were effective so providers could intervene before medical emergencies happen, or medication could be automatically administered.

Obodovski gave the example of being on a highway driving when the check engine light turns on. What if the car were “smart” enough that it would do a self-analysis of the problem and notify mechanic shops within a certain radius. A shop could then contact you directly with an assessment of the issue and the cost of repair, all within minutes of the problem starting.

“In effect, we are creating machine telepathy—a digital nervous system connecting different things to each other, to our bodies,” Obodovoski said.

And IOT is happening right now. In 2014, 17 million wearable devices are set to ship around the US. These include Fitbits and Google Glass. Other smart devices include shoes that help correct your posture, home security, vacuums, and lights.

While Obodovski says we are not quite at the point of The Jetsons, where humanoid robots are doing all our chores, real-life chores are becoming easier.

The largest benefit to IOT, according to Obodovski, is that it offers a totally different approach to knowledge and learning in that it’s based on real-time data and not just hypotheticals. While increasing digital connections just means more things can be hacked—and as he pointed out, even as we get more secure, hackers get better at what they do—the pros outweigh the cons, in his view. He gave an example of a chess tournament in which three amateur players beat grand masters and supercomputers, all by having a better process in place.

Obodovski acknowledged that this also raises many questions about privacy as there are no current rules governing how our data is used. “I’m convinced we need to come up with rules so we can control our own data,” he said. “Librarians can be a big part of that, because they are potentially sitting on a wealth of data about patrons.”

Given the amount of physical assets—books, movies, music, equipment, and staff—in a library, Obodovski sees IOT as being extremely beneficial to libraries in terms of saving staff time and improving patron service. IOT could use patron data to make tailored recommendations, all by collecting real-time data. Maybe a wearable library card?

Asked about how this would impact the ethics of libraries, Obodovski said the world is changing and data is crucial. “I think something may need to change so that libraries can build a 3D picture of their patrons," he said. He suggested that libraries could operate like a bank does; the user puts his or her money into the bank, the bank uses it to make more money, but the money still belongs to the user. “It’s important to explain to patrons the benefits of retaining their data. Most significantly, it can save them hours of time.”

When an audience member voiced strong concerns about invading patron privacy and sharing it with companies that may monetize it, Obodovski acknowledged it is difficult because right now there is so much unstructured data. He emphasized the importance of developing rules as the internet and IOT continue to grow.

“When a patron uses a library service, you want to be sure you're giving him or her the best experience,” he said. “Perhaps a doctoral student is using the library’'s database while working on a thesis: Imagine being able to suggest research for him to look at. It has huge potential.”

What might IOT look like in libraries? Obodovski called the current library climate a “notification-based environment.” Similar to how a user can log into another site using his or her Facebook credential, patrons could get a notification on their smartphone when they walk into a library that a book they were looking for is available, and where exactly it is in the library. (Yes, he thinks IOT would put an end to losing physical assets like books.)

Audience members were asked what might be on their IOT wish list for libraries, and some of the responses included: Knowing that patrons were satisfied with their experience when they leave the library; turning on tracking devices on books so that students could find them while looking through the stacks by using their smartphones; being able to tell when students abandon or get frustrated with their research and resort back to Google; and a “hot spot” map that shows which areas of the library show most patron usage.

“The library is already a community center, the place to go and connect with like-minded people,” Obodovski said, suggesting that  having even more tailored services for patrons would only increase the need for that role. “Screens make it harder for us to connect to other people; libraries can help us connect in-person.” 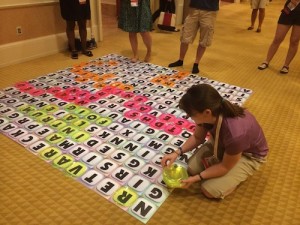 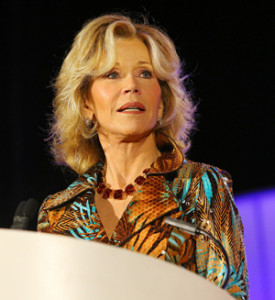