Radical collaborations” was the theme on day two of the 2018 OCLC Americas Regional Council Conference in Chicago.

Brian Bannon, commissioner and CEO of Chicago Public Library (CPL), and Louise Bernard, museum director of the forthcoming Obama Presidential Center (OPC), spoke on October 26 of their partnership to create deeper engagement between the two institutions and with the city and its people.

In May, the Chicago Tribune reported that CPL would embed a branch on the campus of OPC, marking the first time a public library will be part of a presidential library. (Bannon also announced that CPL now has a funder who will pay for the project.) The center is expected to open in 2020 on the city’s South Side.

Bannon said the conversation with the Obama Foundation began two years ago to discuss the ways in which “public libraries can be an artery to the local community and the broader community.”

Bernard agreed, saying the “community will feel ownership” by having a publicly accessible space open to all. “The ‘Yes We Can’ ethos is really behind this process,” she said, referring to President Obama’s 2008 campaign slogan.

The two expect the collaboration to continue beyond space, looking toward programmatic partnerships in the future. Bannon said the idea of having the artist Chance the Rapper—a CPL YOUmedia alum who hosts monthly open mics at CPL for youth—host one of these events at the new branch had been discussed. They also said they would explore making OPC more accessible and affordable to local families by offering a Kids Museum Passport at CPL branches.

CPL has a $130 million budget and more than 10 million annual visitors to its 80 libraries throughout the city. The main library, the Harold Washington Library Center, alone receives 1.4 million visitors each year, rivaling the number of visitors to the famed Art Institute of Chicago.

Bernard said she looks forward to the “power and possibility” for increased civic engagement. “There’s an incredible potential in that synergy.” 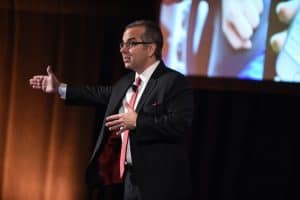 Day one of the 2018 OCLC Americas Regional Council Conference 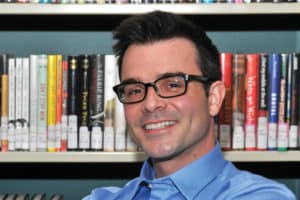