“Literacy is critical to sustaining an intelligent citizenry,” declared author, professor, and political commentator Michael Eric Dyson before a packed auditorium at the Opening General Session of the American Library Association’s (ALA) 2016 Annual Conference and Exhibition on Friday, June 24, in Orlando, Florida.

Dyson dazzled the crowd with his punchy, poetic style, tackling social issues and recent events, and expressing his love for libraries and books. “I’m a Luddite—I like the feel of the papyrus,” Dyson said. “I like the smell of the page, the decaying fragmented text that immediates intelligence. I am a fan of books.”

He was introduced by ALA President Sari Feldman, who opened the program with a moment of silence for the victims of the recent Pulse nightclub shooting. “I choose to focus on the strength and resilience of the LGBTQ and Latino communities and the citizens of Orlando,” Feldman said.

Dyson came recommended as a speaker by the ALA Task Force on Equity, Diversity, and Inclusion, and he did not shy away from addressing the timely and critical interconnectivity of hate, terror, religion, and education.

“Here we are in Orlando, where we couldn’t even admit that one of the most powerful forms of hate in the modern world has to do with somebody’s sexual orientation. We would rather it be ISIS than us,” said Dyson. He drew parallels from historic and present-day racial terror linked with “white Christianity” to the current climate of ignorance and extremism.

Dyson also got the crowd to laugh, raucously applaud, and recite hip-hop lyrics with him. He joked that he wouldn’t get too political because of ALA’s 501(c)(3) nonprofit organization status. “I ain’t here to tell you who to vote for—you got sense.” He confessed that the Detroit Public Library might go after him for his overdue book fines. He quoted, paraphrased, and paid homage to Alfred Tennyson, Notorious B.I.G., Eric B. and Rakim, Saul Bellow, Toni Morrison, Albert Einstein, John Coltrane, and even Taylor Swift (“haters gonna hate”), urging members of the crowd to diversify their tastes. “We need diversity to live.”

He also challenged the audience to rethink its interpretation of literacy. “We try to get condescending with it and narrow in our definition of what is literacy and who is literate,” Dyson said, reminding the audience that schooling and education are two different things. “When we deprive young people of education, we are doing a horrible thing. The United Negro College Fund had it right: A mind is a terrible thing to waste.”

Dyson ended his session on a rousing note of praise for librarians. “You continue to do what you do—underpaid, overstressed, ain’t got enough vacation time. People don’t appreciate what you do, but I do!” he said, to wild applause. “I love you! I am who I am because you made me who I am! Thank you, libraries! Thank you, librarians!” 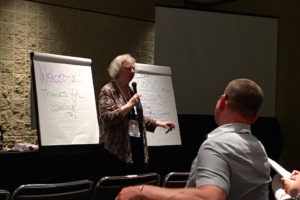 To build a business as a library trainer, consultant, begin by building relationships and maintaining integrity 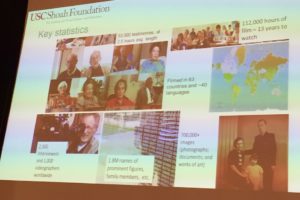