US House Minority Leader Nancy Pelosi (D-Calif.) and Tech Logic Corporation President Gary Kirk are honoring the Pennsylvania Avenue branch of the Enoch Pratt Free Library in Baltimore with Tech Logic’s inaugural People First Award. The award will be presented June 26, at 5:15 p.m., in the Esplanade Ballroom of the Moscone Center during the Opening General Session of the ALA 2015 Annual Conference in San Francisco.

The Enoch Pratt Free Library was chosen to receive this special award after demonstrating exemplary leadership during several days of riots that were concentrated at the intersection of North and Pennsylvania Avenues in Baltimore.

On April 27, violence ensued after the funeral of Freddie Gray, an African-American man who died in police custody earlier that month. As tensions increased and buildings surrounding the library burned, Enoch Pratt Library remained open, providing a safe haven for patrons inside.

“I did not feel threatened, but wanted people to know this was serious,” recalled Branch Manager Melanie Townsend-Diggs, who ultimately made the decision to stay open. “It’s in my instinctive nature to keep people safe and calm,” she said. “It’s my responsibility to make sure that everybody stayed safe. I try not to be too proud, but I am definitely grateful.”

Deborah Robertson, the library’s teen and young adult library associate, believes the attention has had positive results. She said, “It’s not just us, but the whole community [who have benefited].”

Tech Logic developed the People First Awards as a way of celebrating and publicly recognizing people who have done extraordinary things within their library’s greater community by putting “People First.” Nominations were collected throughout the year at events and online. 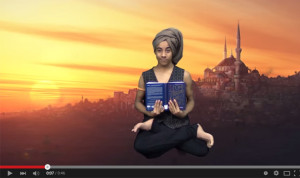 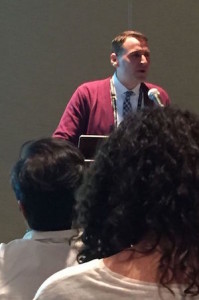