Some national libraries are acting as catalysts to encourage the adoption of the United Nations’ Sustainable Development Goals for 2030. A few libraries described their efforts during an August 15 presentation at the International Federation of Library Associations and Institutions (IFLA) World Library and Information Congress in Columbus, Ohio.

Lili Boshevska, director of the University St. Kliment Ohridski Library in Bitola—one of five national libraries in Macedonia—said that the majority of the UN goals are already mirrored in national policy. “Sustainability is possible,” she said, “but there is still much to be done by 2030.”

Combating poverty by eradicating illiteracy is one of Macedonia’s main priorities, Boshevska said, especially for disenfranchised groups. Some specific library initiatives include:

“Some of these goals have already been achieved,” Boshevska said, “while others are still achievable.”

Eddy Maepa, executive director for core programs at the National Library of South Africa in Pretoria, said that his library’s efforts were also congruent with the UN Sustainable Development Goals. “South Africa has a social cohesion mandate,” he said, “to address the challenges raised by a divided past.” Endemic poverty is “exacerbated by a 26.7% unemployment rate,” so the national library is “encouraging young entrepreneurs to establish their own businesses” instead of applying for jobs in a shrinking market. Maepa added that many of them use the library’s internet facilities: “One young man told me that the library is like his office; he cannot afford to pay rent or online fees, so he checks on his product orders in the library.”

The Centre for the Book in the National Library of South Africa holds storytelling sessions to “get young people to develop a reading habit,” Maepa said. “We try to catch them while they are still young.” Libraries have had generous government support since the arrival of democracy in 1994. “I have visited four newly built libraries in 2016,” he said. “All the signatories to the Cape Town Declaration, adopted at the 2015 IFLA conference, support libraries as strategic tools for the UN Sustainable Development Goals. Our major purpose is to increase and enhance reading culture among the South African peoples.”

Sook Won Shin, chair of the Presidential Committee on Library and Information Policy of the Republic of Korea, said that libraries there are “trying to bring about a change in people’s perception—that libraries are an essential place for happiness in our life, as well as spaces for learning, creating, and sharing as a community center.” The committee, established in 2007, is responsible for developing the country’s library and information policies. Its current five-year plan, launched in 2014, is to “fulfill public happiness with knowledge and information services, strengthen creative competencies through learning and research, and realize the cultural power of Korea.” As of June 2016, more than 13,000 South Korean libraries (five national, 984 public, 613 academic, 10,879 school, and 602 special libraries) are providing these services.

UN Sustainable Development Goal number 5 is to “achieve gender equality and empower all women and girls.” To examine the progress of this concept among staff members of the Bibliothèque Publique d’Information (BPI) in the Pompidou Center in Paris, two students, Mathilde Gaffet and Camille Espy at the École Nationale Supérieure des Sciences de l’Information et des Bibliothèques (ENSSIB), one of the principal library schools in France, conducted a survey. Their teacher, Raphaëlle Bats, gave an overview of their findings.

The students found that the BPI, essentially the French national public library, is not committed to promoting gender equality in its programs and services, despite having signed on to the 2014 Lyon Declaration, which supports it.

“There are isolated initiatives,” Bats said, “but not a true orientation.” Women are represented in less than 25% of BPI programs, a percentage that matches the proportion of women in French art programs and public research. In addition, the BPI declined to implement the “epicene form” (gender-neutral declension) for nouns and pronouns in which a feminine form is used for masculine parts of speech when women are included in a group. Bats explained that this could be because “text is more difficult to read in the epicene form” and that it is “difficult for readers with disabilities to decipher websites using assistive technologies” that cannot render the epicene language properly. However, the students concluded that French national libraries must make a definitive choice between mirroring society’s preferences or militantly acting as change agents in gender equality. 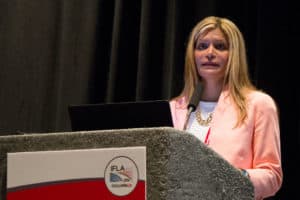 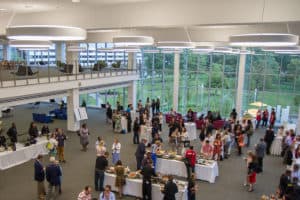