‘Our Access Point to the Humanity We Cannot Touch’

American Library Association (ALA) Executive Director Tracie D. Hall kicked off “Defending the Fifth Freedom: Protecting the Right to Read for Incarcerated Individuals,” a June 25 session at ALA’s 2022 Annual Conference and Exhibition in Washington, D.C., with a sobering introduction: The US has the highest incarceration rate in the world, and the most extensive book ban in America is right now happening in the prison system.

“The Association’s membership is called on at this moment to interrupt the systemic information poverty that is going on in American’s detention facilities,” she said.

As ALA prepares to revise its Standards for Adult Correctional Institutions for the first time since 1992, Hall was joined in conversation by a panel of advocates who are fighting for the right to read in the age of mass incarceration.

“People just don’t wind up in prison,” said Enrique Rivera, bilingual outreach specialist at Multnomah County (Ore.) Library (MCL). “There’s a whole kind of history that unfolds before one gets there.”

Rivera grew up in poverty, was never much of a reader, and had a 4th-grade education when he was serving a six-year prison sentence. It wasn’t until he began taking college courses in prison and came across a title on the Olmecs and Aztecs that he first saw his history reflected in a book. When he was released from prison, he stepped inside a library for the first time—MCL’s Belmont branch—and got help creating a résumé. “The library has not been able to get rid of me ever since,” he quipped.

The backstory was a bit different for Randall Horton; both of his parents were educators, but he “fell into another narrative” in the 1980s. “I don’t think I returned to my love for books until I was locked up in Montgomery County, [Maryland],” he said. “Books became my passport to how [I was] going to reimagine my life.”

Today, Horton is a National Endowment of the Arts Fellowship recipient, author of the memoir Dead Weight (Northwestern University Press, 2022), and the only tenured professor in the US to have had seven felony convictions.

After serving nine years in prison, Reginald Dwayne Betts has become a critically acclaimed writer, graduated Yale Law School, been named a MacArthur Fellow, and started Freedom Reads, an organization working to transform access to literature in the prison system.

“[Even before prison,] I was convinced that if you could read enough books it would allow you to survive,” Betts said. His work to bring hardwood, modular micro libraries and literary ambassadors into prisons is aimed at creating communities around books.

“If five of us read [a book], we have a conversation,” Betts said. “I deeply believe that literature is our access point to the humanity we cannot touch.”

Though Hall noted there is no simple path to doing this work, Jeanie Austin, jail and reentry services librarian at San Francisco Public Library, does not let that dissuade them.

“We need to look outside of what a library is and think of a whole support system,” Austin said. “We have to dream really big in this work.”

Protecting the right to read for incarcerated individuals 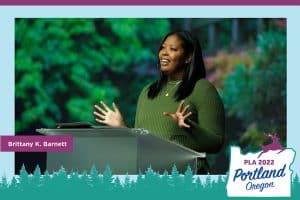