Using a traditional debate format, the Preservation Showdown brought together a panel including Miriam Centeno, collections care coordinator at the University of Illinois, Urbana-Champaign; Jeremy Suratt, director of product management at Iron Mountain Library Services; Heather Weltin, director of collection management and resource sharing at the libraries of University of Wisconsin, Madison; and Jeremy Linden, principal of Linden Preservation Services, Inc., for a lively debate of the resolution, “Preservation environments are not sustainable.”

The debate was moderated by Kara McClurken, director of preservation services at the University of Virginia Library, Charlottesville. The panel took place as part of the American Library Association (ALA) Annual Conference and Exhibition in New Orleans Monday, June 25.

As the debate opened, McClurken explained that some of the debaters had been asked to defend a position not their own. After the debate portion they would “take off their hats” and be able to answer questions from their true perspectives, rather than from the roles they had been asked to take. To drive this point home, Centeno distributed actual hats as each team began their opening statements.

Arguing that preservation environments are not sustainable, Centeno and Suratt presented evidence of issues with the current ISO standards. Many collections are housed in old buildings that cannot be easily retrofitted. Also, the standards are too generalized and do not take into account the fact that buildings in different climates might need to approach preservation differently. Centeno also demonstrated the frustration many feel with malfunctioning HVAC equipment, using a handheld misting fan as a prop.

Arguing that preservation environments are sustainable, Weltin and Linden advocated for thinking about sustainability as a balance of competing needs. The goal, in this case, would be the best possible preservation with the least possible amount of energy consumption. Linden cited new studies suggesting that safe relative humidity (RH) ranges are broader than once believed, and discussed the possibility of designing buildings that can control RH without mechanical intervention. He revealed that a new ISO technical report had recently been published that presented these ideas in more detail.

After questions from the audience and closing statements, Weltin and Linden were declared the winners of the debate by audience applause, and the panelists removed their hats to answer our questions and tell us their true opinions on the topic.

One interesting point made during the discussion that followed: The difference between buildings designed to a one-size-fits-all standard, versus those that were specifically built with local climate in mind. Centeno and Linden shared work they have been doing in Puerto Rico since Hurricane Maria left the institutions on the island without electricity. They have had firsthand experience seeing collections in modern air-tight buildings begin growing mold when their HVAC systems cannot run, as well as historical buildings built for the climate that allow air circulation, thus inhibiting the growth of mold. This is something Centeno and Linden, and the people they are working with, are still studying in order to better understand how to help with preservation in Puerto Rico, and how to apply the lessons learned to institutions around the world.

CARLI V. LOWE is an MLIS student and ALA Spectrum Scholar at University of Illinois at Urbana-Champaign. 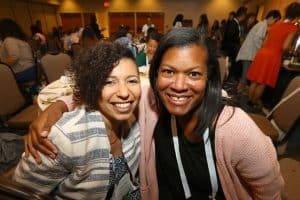 An ALA Spectrum Scholar reflects 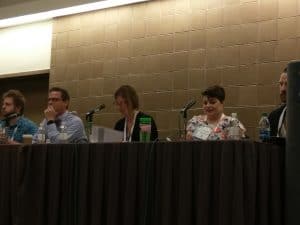 We’re All in It Together

Focusing Outreach and Assessment to Your Institution’s Strategic Goals